Exclusive Photo Access
$5
per month
Join
Hi hi! When you subscribe to this tier you get
You see the photos as soon as I get them back from the photographer. If I don't get new photos back from photographers that month I will post a couple of throwback shoots :). Sign up now  to have access to photo sets from previous shoots with more dropping every month and get exclusive bts on the Patreon Feed for only $5 a month!
Do Life With Me :)
$10
per month
Join
By signing up to do life with me you will get Patreon Feed, Photo Vault AND
See what my day to day life is like and join me to be a part of it!  These livestreams that will average about once a week. During the livestreams you can ask me any questions you might have! While we have those convos I might also do things like cooking, or drawing and sometimes even livestream while I shoot! :)
Saucy Dropbox 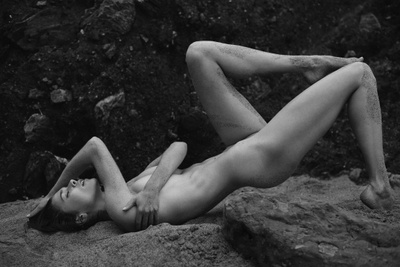 $40
per month
Join
This tier will include the saucier photos that I don't have in my exclusive photo access tier! It will include sets that are implied, censored, or photos with just a lil added spice. I will be adding a minimum of one set a month to the Saucy Dropbox :). Soooo without further adieu with this tier you get


Just to clarify, there won't be any nudity, if it is a nude shoot the photos will be censored (but I'll try to do it as nice as possible so that it doesn't take away from the photo :)).

Hi there and welcome to my Patreon!! Thanks for stopping by :). Here you can find exclusive access to photos, a look into my day to day life, prints, personalized messages, and Polaroids! Your support allows me to have consistent income and freedom to spend more of my time doing what I love and creating better content for you! Such as funding trips to shoot with photographers around the country and even globe, and take classes in things like acting and cooking! Thank you for your time and potentially your pledge you wonderful human!