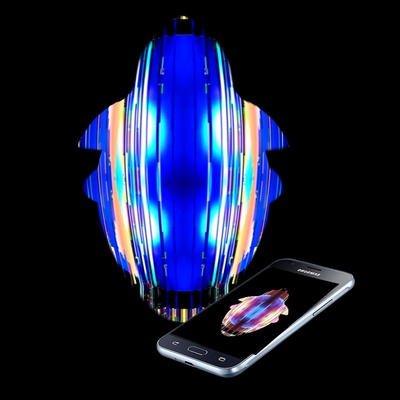 $10
per month
Join
At the Core Membership Level of Patronage, supporters would receive three digital artworks for their mobile decives and screens every month that they continue their patronage. These small digital works feature imagery from Autonomous Prism series by artist and N'CHI founder Jakob Dwight.

These digital works have been extracted from the video works by N'CHI founder Jakob Dwight that featured in the group exhibition Disguise: Masks and Global African Art organized and first exhibited at Seattle Art Museum in 2015, and later at Brooklyn Museum and Fowler Museum at UCLA in 2016.

These Digital Pieces will be made available for Download in an Email at the beginning of each month along with Automatic Membership Charge.

These and similar works will feature in the N'CHI app as gamepieces, avatars and artifacts made into real objects like flags, coins, jewelry, "newfound" minerals, instruments, passports and of course pure art forms. 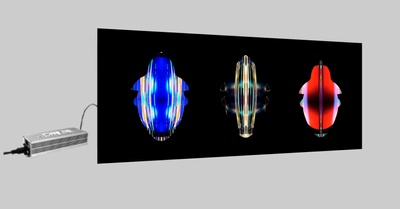 $100
per month
Join
At the Atmospheric Membership level of Patronage, supporters would receive one small Illuminated Print every (3) Three months. These 4" x 10" prints feature images from Autonomous Prism series by artist and N'CHI founder Jakob Dwight.

+++ Patrons at this level will also receive the same Monthly Package of Three Digital Artworks of CORE MEMBERSHIP mentioned above.

These illuminated prints are a continuation of video works that featured in the group exhibition Disguise: Masks and Global African Art organized and first exhibited at Seattle Art Museum in 2015, and later at Brooklyn Museum and Fowler Museum at UCLA in 2016.

These and similar works will feature in the N'CHI app as gamepieces, avatars and artifacts made into real objects like flags, coins, jewelry, "newfound" minerals, instruments, passports and of course pure art forms.

Illuminated Prints will be shipped the beginning of each month along with Automatic Membership Charge.

N’CHI is a world-building and nation simulator platform and experience that lives simultaneously in virtual space as a social media gaming app and in the real world as an art making and exhibition series.

N’CHI app allows players to inhabit an newly discovered planet where they can take up national, tribal and civic avatars and engage in an ongoing and interactive sci-fi narrative where they can explore themes of ecology, ethics, nationhood and society, cultural evolution, technology, economics and more.

Through the app participants and their nations, populations and citizen avatars will receive social media profiles where they can interact, post and exchange media - only images and sounds for now - exchange opinions on trending news topics, vote on referendums, and to be included in national galleries.

Players will respond to a continuum of challenges thrown at them by their hostile new world, reported in realtime news feeds, and fight for their nation’s survival through the strategic macromanagement of national resources.

Originally trained in painting and drawing Jakob Dwight was drawn to the digital medium by the opportunity to expand the definition of painting through lighted media. Inspired by the kind of opiated meditative quality of the screen-based televisual space the artist came to see the lighted image as significant to contemporary sensory culture in a transformative way. His work is executed across media including painting, digital photography, collage and animation, apps, lighted objects and domemaster, the circular images for fulldome video systems.

His work has been exhibited internationally in Amsterdam, Los Angeles, Berlin, Atlanta, Vienna, New York City, Switzerland and in Kassel, Germany represented by Kreuzberg Pavillon on the occasion of dOCUMENTA(13). In 2010 the artist was invited to attend GlogauAIR Artists' Residency in Germany and in 2011 he was awarded a United States Artists Residency (nka as Hatchfund). In 2012 he was awarded the Harvestworks New Works Residency in New York City.

As part of the collective Aesthetics & Therapeutics Lab, a platform developed to initiate installations and experiments in immersive art and healing, the artist was invited to install a MultiSensory Environment in fulldome at LA's Vortex Immersion Media in June, 2014. In 2015 Dwight's work was featured alongside 24 artists in the critically-acclaimed exhibition Disguise: Masks and Global African Art which traveled from the Seattle Art Museum to Fowler Museum at UCLA, and finally to Brooklyn Museum in 2016. He is slated to launch a beta version of his ongoing art role playing and world building platform N'CHI in 2018.

0 of 100 patrons
When we've reached 100 patrons I will be able to hire a Chief Technological Officer (CTO) - someone with much more expertise than I - to oversee N'CHI Development and expansion into new Features like Augmented Reality Costuming and Coastline Fractal Generators.