is creating short-stories, flash-fiction, & general messes with with words.

Cup of Coffee (Aka, Life Blood) 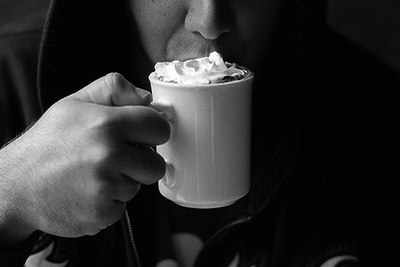 $1
per month
Join
To a groggy writer, every bit helps to buy that first cup of coffee in the morning. Help me start my day the right way, so I can do the write thing! Puns, I got them! 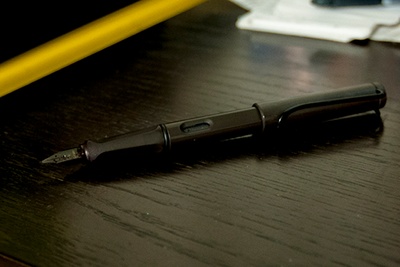 $3
per month
Join
Ever had an idea, only to be without a writing utensil? I'm sure that's what Hell is like.

You'll be granted access to a once a month short story that only this tier or higher can see and to preview my novel's chapters once they are completed. Heck, I'll even email them to you; this, and my novel's weekly updates, of course. 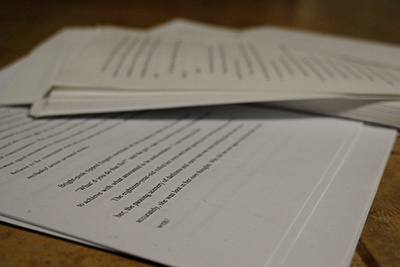 $5
per month
Join
Neil Gaiman had once said during a talk, "Naughty children are sent to bed without writing paper." I'm so glad I'm not a naughty child.

Aside from previous rewards, you'll unlock a weekly poll to vote on what flash fiction you'd like to see for the following week. It'll post on Mondays and end on Thursdays.

My name is Nicholas Eskey; thirty-one-year-old writer and overall mess maker. I prefer to make my messes in San Diego, California.

When I’m not making messes, or rather when I’m making messes with words, I like to write fantasy and science-fiction stories.

Because I like to eat. Oh, and drink coffee. And, I suppose, I should feed my cat, too.

Having been shackled for three years to a “grownup job” as my friends would call it, I believe I’ve done my time. I wore a suit, looked official behind a desk, got a steady paycheck, and even got compared to Jon Hamm on a few occasions. I had never felt more overworked and unfulfilled in all my life.

My first love was, is, writing. As like my other relationships, it too was suffering. After a Madonna-like mental fencing match with myself, I soon realized I couldn’t keep up this struggle to juggle my relationships, health, school, and my 40+ 7 a.m. to 3:30 p.m. job. So, I quit the job, hung up my fancy suit and shirts, and consigned myself to wriggle like a worm on a hook before a keyboard. Bliss.

For some time now, perhaps a few months, perhaps an eon, I’ve been reshaping the first draft of a novel entitled My Personable Demon. Though I already have two other novels I have written drafts of before this one, I want this one to be my first published book. It follows 23-year-old Eric who dreams of things both hidden and (almost) forgotten. When he comes across a book entitled How to Face Your Inner Demons, Head On, he mistakes it for a self-help book. Soon he finds out that he has more inner demons than he first thought, all of which are more deadlier than he would ever imagine. His only chance is to trust one of them; one who calls them-self "Samuel." I so far am quite proud of it, like a parent who is thrilled their child has yet to vomit on the car ride.

When I am not working on my novel, I like to invest some energy into writing short stories, journal entries, and flash fictions for my personal blog, TypesetBoogaloo.com. I also contribute nerdy articles to ComicsBeat.com, a pop-culture and comics centered news blog based out of New York, New York. Most likely.

Thanks for stopping by. I hope we can be the best of friends; the sort of friends who donates money while the other pretends they are a master of the written word. It’s fun to pretend.