is creating chaos! Let's find ways to break the game together... 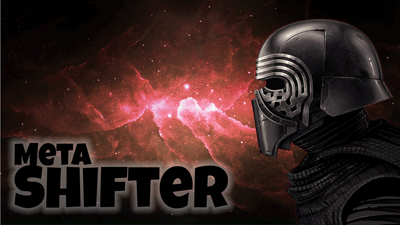 $5
per month
Join
Help us push around the meta by supporting us at the Meta-shifter tier. You will receive, at minimum:
Includes Discord benefits
Meta-breaker: Exclusive access 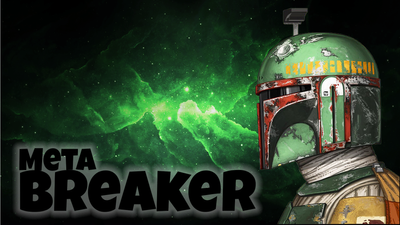 As a Meta-Breaker you will find yourself immersed in a constant flow of exclusive videos in our closed Discord chat. We will regularly share our test and trial teams from arena, Territory Wars and raids. This is the level where workshops become accessible. 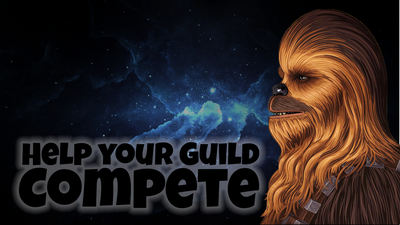 You don't have to be a guild leader to put your guild on a fast track to victory! Buy this package and help your guild reach 1000s of active players for recruitment as well as receiving monthly guild support or strategy sessions with TMoney and GoodOlMaurice for TW, raids and more.

We love creating content for and with our SW:GoH community. Supporting us on Patreon means a lot to us personally, and goes a long way to offsetting the costs of making videos and streaming live content--it's an expensive passion to share.

By becoming a Patron, you gain additional access to exclusive content including many Territory Wars and Grand Arena conquests, arena climbs, raid runs and more. At the Meta Breaker level and above you also gain access to our workshops and pre-recorded workshops on Grand Arena and TW.

Our Patreon categories build on our channel's focus on Grand Arena, TW, raids and innovative content. The tiers give you early access to videos, exclusive content not seen anywhere else, the opportunity to test and build teams with us and have us re-mod and fine-tune your roster, and an extensive guild package to bring us in to mentor, inventory and build strategy with your guild. Here are the four packages:

If you have any questions, please send us an email or message on Discord. You can find our Discord server here: And can email [email protected]

About the channel
In its first four months, Operation Metaverse grew to over 4500, very active subscribers. Our launch video, now with over 110,000 views, showcased a record-breaking P4 score for Nightsisters in P4 of the sith raid and set the bar for our content. Accepted as a YouTube partner within our first month, in the first six months, the channel received over 2,000,000 minutes of watch-time and more than 300,000 views.

Operation Metaverse’s goal is to make our content as professional, relevant and game-changing as possible. To this end, we have released a number of meta-breaking teams, including being the first to publish videos on:
Our weekly Livestream, The Galaxy’s Edge, has attained up to 9k views, with over 300 unique viewers watching while the stream is live.

TMoneyGee joined SWGOH in October 2016, and serves as the leader of The Alliance’s Wolfpack, a competitive, TW-focused, ~205 million GP guild. Featured as CG’s first player of the month for her work to bring her low-GP guild to conquer the Heroic AAT, she has been setting records with her guild ever since. TMoney has been a guest on a number of channels and podcasts and appears as a regular on the Reality Skewed Gamers' Saturday Jedi Academy.

$550 - reached! per month
Earning this amount each month will start to make this a sustainable labour of love for the two of us. Our monthly creative programs and Internet will be covered and our electronics can go ahead and break once a year or so with faith they can be replaced.
5 of 5