is creating the Half-Life adaptation you always wanted

Thanks for checking out my Patreon! Under my filmmaking umbrella of Pinwheel Arts, I have been adapting the original story of Valve's Half-Life in Source Filmmaker, and the first episode's success has absolutely blown me away. I hadn't expected anything to come of it at all, and here I am being flooded with comments of support, constructive criticism and eagerness to see the next instalment!

Although Source Filmmaker is an incredibly user-friendly programme, creating animations is still a time-consuming procedure. So far in the creation of episode one and the near-completion of episode two, I have accumulated over eleven-hundred hours of work.
As animations become more elaborate and my knowledge of digital puppeteering improves, so will the production time. Outside of those hours in SFM, many more hours are spent:

Editing the video files
Assembling and mixing the audio (adding every footstep is more tedious than you could possibly imagine)
Composing original music
Creating custom textures and characters
...Amongst other things

Your help would enable me to dedicate more time and effort to my animation, and could potentially allow me to buy motion capture equipment and software. This would provide limitless potential to improve the quality of the episodes no end - motion capture would at times be quicker than animating everything by hand, so would result in faster release turnovers!

Every little bit of support from you is greatly appreciated, and will be rewarded. Each tier will also receive all previous rewards! A pledge of $1 will get you two HD desktop wallpapers, shown below in glorious low-res: 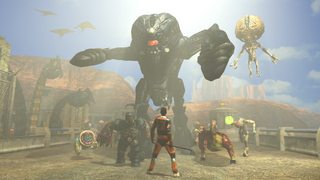 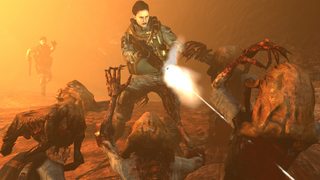 - At $5, you will receive full HD digital downloads of each episode as it is released!

- At $10, you will receive two new digital posters or wallpapers with each new release, and your name will be included at the end of each episode!

- At $25, you will receive access to exclusive rough cut previews from upcoming episodes and you will be credited as an executive producer in the Half-Life opening titles!

- At $50, your likeness will be added to the series as a character - either a guard, scientist, HECU marine or a black-ops contractor. You even get to choose your character's undignified death!

$406.80 of $2,500 per creation
I will commit full-time to my YouTube channel, both Half-Life and my independent filmmaking.
This figure is the only way the project is at all sustainable or feasible.