$1
per month
Join
You will be listed in the credits of our upcoming feature films, get updates and special invites to parties after our premieres, plus random creations and additional surprises.

$5
per month
Join
You will receive a ticket to every new premiere (one event/city per film), be listed in the credits of our upcoming feature films, get updates and special invites to parties after our premieres, plus random creations and additional surprises.

$10
per month
Join
You will receive free downloads of all past and upcoming film releases, a ticket to every new premiere (one event/city per film), be listed in the credits of our upcoming feature films, get updates and special invites to parties after our premieres, plus random creations and additional surprises.

My name is Pirooz Kalayeh. I have been making films, music, books, and paintings for many years. I'd like to continue to create these works with  ILIKENIRVANA and bring them to you in this one-stop delivery system, where you can get everything you might have missed from past fundraisers, and everything that is to come, whether it's new T-shirts, surprise tickets to film screenings, free submission waivers to our film festival, DVD collections, screen prints, postcards, excerpts from graphic novels, drawings, past films, or downloads of new releases.

Depending on your level of contribution, you have the opportunity to get some or all these gifts, along with many other surprises exclusive to Patreon supporters.

Since I've been creating work in the early 90s, I've seen what a difference community can make in the life of an artist. I'm a supporter of the arts and hope to make the following projects to bring different live and interactive events to my current home in Rochester, NY, as well as the other cities I've visited on film and music tours in the past. 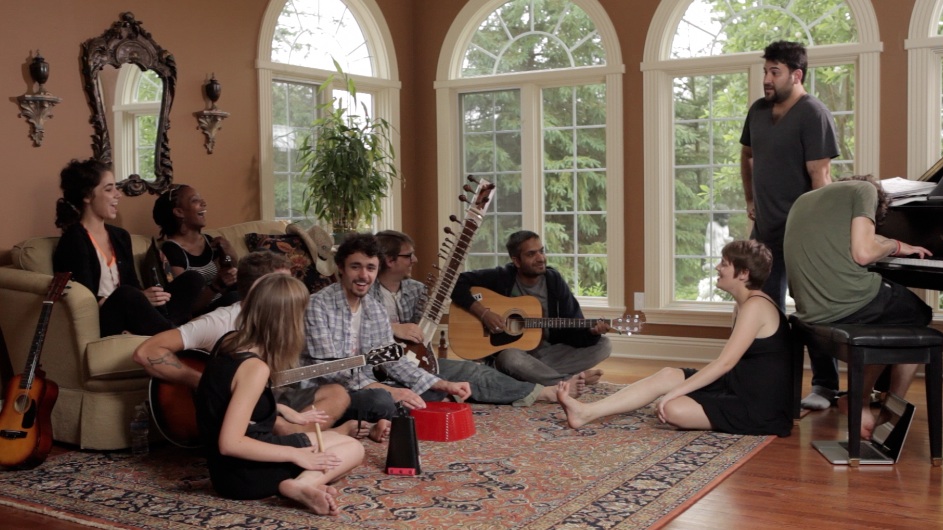 WHAT DO FUNDS GO TO?

As a supporter, your contributions will support the possibility for the following projects to be exhibited and shown in a city near you:

As most of you know, I have funded all these films and art projects with people just like you. They either liked a concept, the spirit of bringing people together, or simply wanted to be a part of what we were doing. In some cases, this meant even helping with a production, giving me a place to sleep on a tour, or even dressing like a zombie. I'm indebted to all of you for what you've done. It's been an honor to to make you these different pieces and have you also be a part of their creation and exhibition.

With your contribution, I'd like to tour to more places, continue building this body of work, and hopefully, keep bridging multicultural storytelling and documentaries that are ripe with the strange, unusual, rebellious, authentic, and passionate characters and locales that are so often missing from the world's multiplexes and streaming sites.

I appreciate you taking the time and effort to be a part of what I'm doing.

I am honored to have you as a patron.

$5 of $500 per month
When I reach $500 per month, I'll be able to start investing in new equipment and free up some time for editing.