New Members on the Block 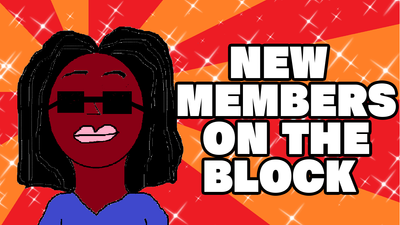 $1
per month
Join
Oh, hey there!  Welcome new Patrons to the party! Thank you so much for supporting my channel and you will have my eternal gratitude!  Also, you get these special rewards: 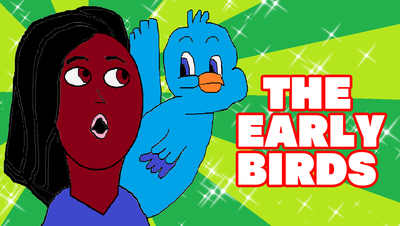 $3
per month
Join
Well, you know what they say..."The Early Bird gets the worm!" Or in this case, the early bird gets early access to my videos before they are released on my Youtube Channel!  And of course, you get these special rewards: 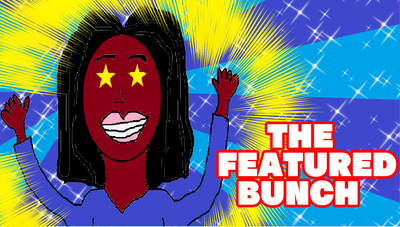 $5
per month
Join
Congrats!  You're a SUPERSTAR!  Your name will be in the headlights in each video and you get the star treatment in requesting videos that you REALLY want me to do!  And here are the special rewards you will get if you sign up for this tier: 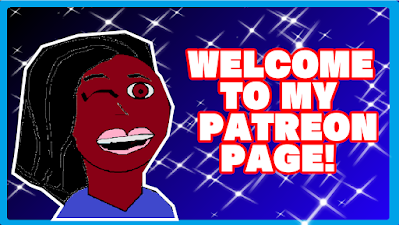 Hello!  I'm Ronyell (a.k.a Rabbitearsblog) and I'm a YouTuber who enjoys making videos that involves me reviewing movies, TV shows and occasionally video games!  My biggest goal for the channel is to review every single movie, TV show and even video games that I have watched and played over the years (which is a massive goal to achieve since I've watched a lot of movies and TV shows over the years)!

Well, here's a bit more information about myself!  I was born in the United States and not only do I do YouTube videos for a living, but I also love to read books, exercise and I'm currently writing a book called "Alien Nation!"  I've been on YouTube since 2010 (Wow, that's a long time) and when I first started out, I mainly did rant videos on various topics including animation, as well as short reviews on the movies and TV shows that I've watched (because back in the day, YouTube only allowed you to post videos that were at least 10 minutes long; which was excruciating for me since I love to go into depth when it comes to discussing movies and TV shows).

But over the years, my YouTube channel had experienced a drastic change in direction as I decided to make the main focus of my channel on me reviewing mostly movies and TV shows, as well as talking about video games.  And recently, I had created a new series on my channel called Reviews 2.0, where I do in-depth reviews on the movies, TV shows and video games that I have watched and played over the years (which is something I can do now, since YouTube removed the 10 minute time limit to the videos)!

So, if you want to check out more amazing content on my YouTube channel, then check out the channel here:
https://www.youtube.com/user/Rabbitearsblog

🏆 Not only do I want to give out some rewards to my subscribers, but I created my Patreon page because I wanted to get better equipment for my videos.  For years, I've been working with cheap camera equipment for my videos and I really wanted to get better equipment so that way I can give my viewers a much better viewing experience with my videos without worrying about the sound cracks and horrible lighting that would make it difficult for my viewers to watch my videos.

🏆 Another reason why I started a Patreon page is so I can watch more recent movies much more frequently.  For many years, I've struggled with watching a lot of the newer movies in theaters because I don't go to the theaters that often, due to not having enough funds to do so.  And this also applies to the newer movies on streaming services as well since I can't really get all the streaming services like Disney +, Amazon Prime and Paramount + since I don't have enough funds to get so many streaming services at once.  Creating this Patreon page would help me be able to watch more newer films without worrying so much about my budget.

So, you are probably wondering to yourself: now wait a minute, what's the catch?  Do I get something out of becoming a patron?

As a matter of fact: YES YOU DO!

So, I currently have 8 tiers which are:

You can choose any tier that you like!  No matter which tier you choose, you will still be apart of my Patreon community! 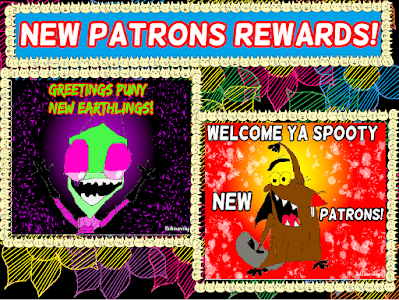 So, if you have anymore questions to ask me, then please feel free to DM me here on Patreon or you can connect with me through my social media links:
✨ Twitter
✨ Pinterest
✨ Instagram
✨ Deviantart
✨ YouTube
✨ Discord

And if you don't want to make monthly payments, but you still want to support my videos, then drop me a cup of coffee over at my Ko-Fi account here:
✨ Ko-Fi


If we reach 50 patrons, then I will drop everything to review a major movie that will be chosen by you guys for my Reviews 2.0 series!  The movie can be a huge box office hit (TITANIC) or it could be a very popular movie (AVENGERS ENDGAME).