is creating WYIT, the graphic novel

Coffee Ration
$3
per month
Join
Just a basic monthly tip. Thanks for your support!

WYIT is about a boy marked for death and a rogue soldier, finding friendship and redemption in a dark world. 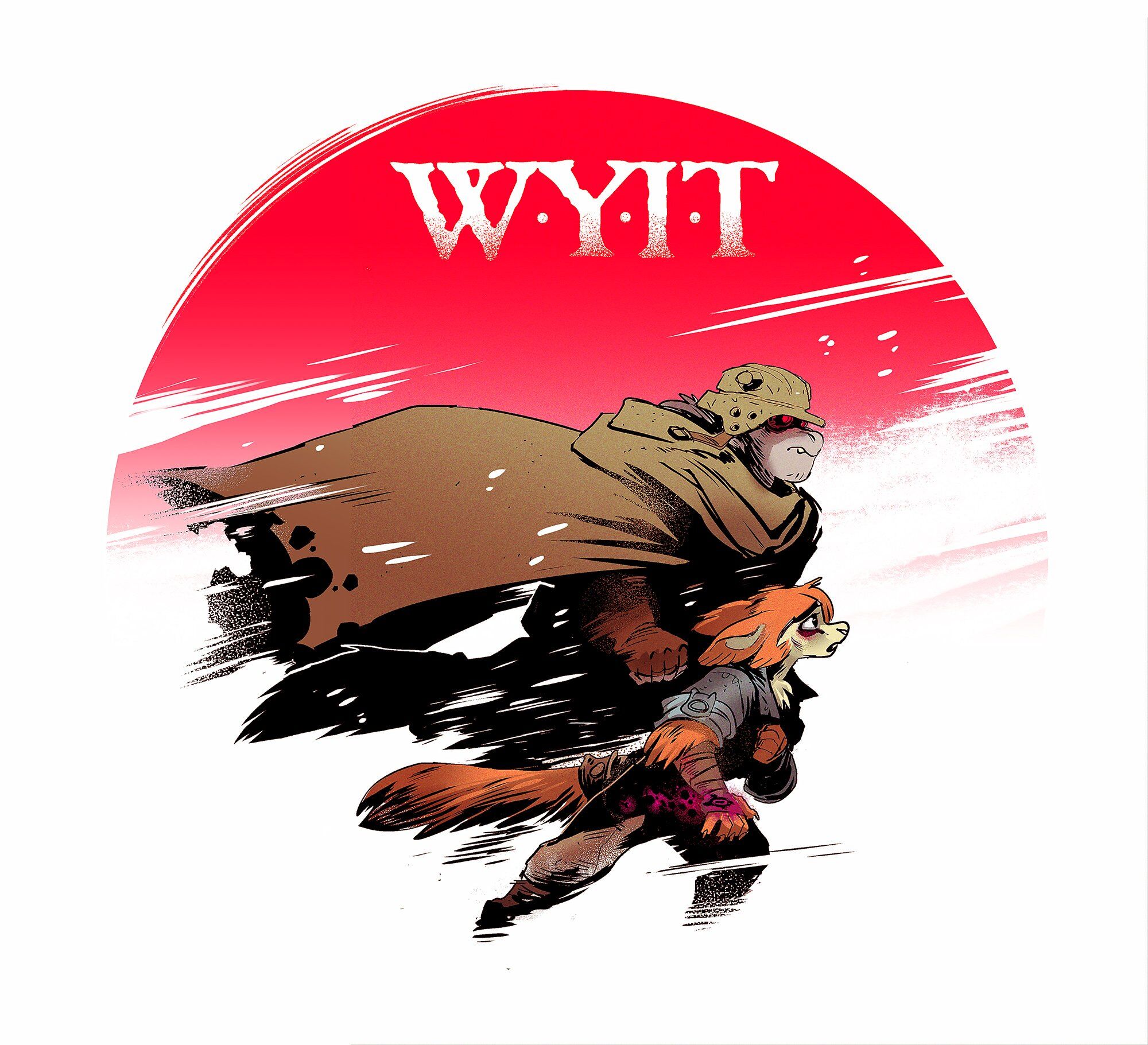 Set in a Dieselpunk-Fantasy age of myth and machinery, the story of WYIT is a bit like if you took the anthropomorphic style of Disney’s Robin Hood and the brotherhood story of Terminator II, set in the aeronautic world of Nausicaä of the Valley of the Wind.

Currently WYIT is in the inking stage, and the end page count will be approximately 180-190 fully-colored pages. Once I've reached a satisfactory level of completion in the book's pages, a campaign will be launched to crowdfund the book's printing, shipping it out to the readers, and funding future WYIT-related projects. 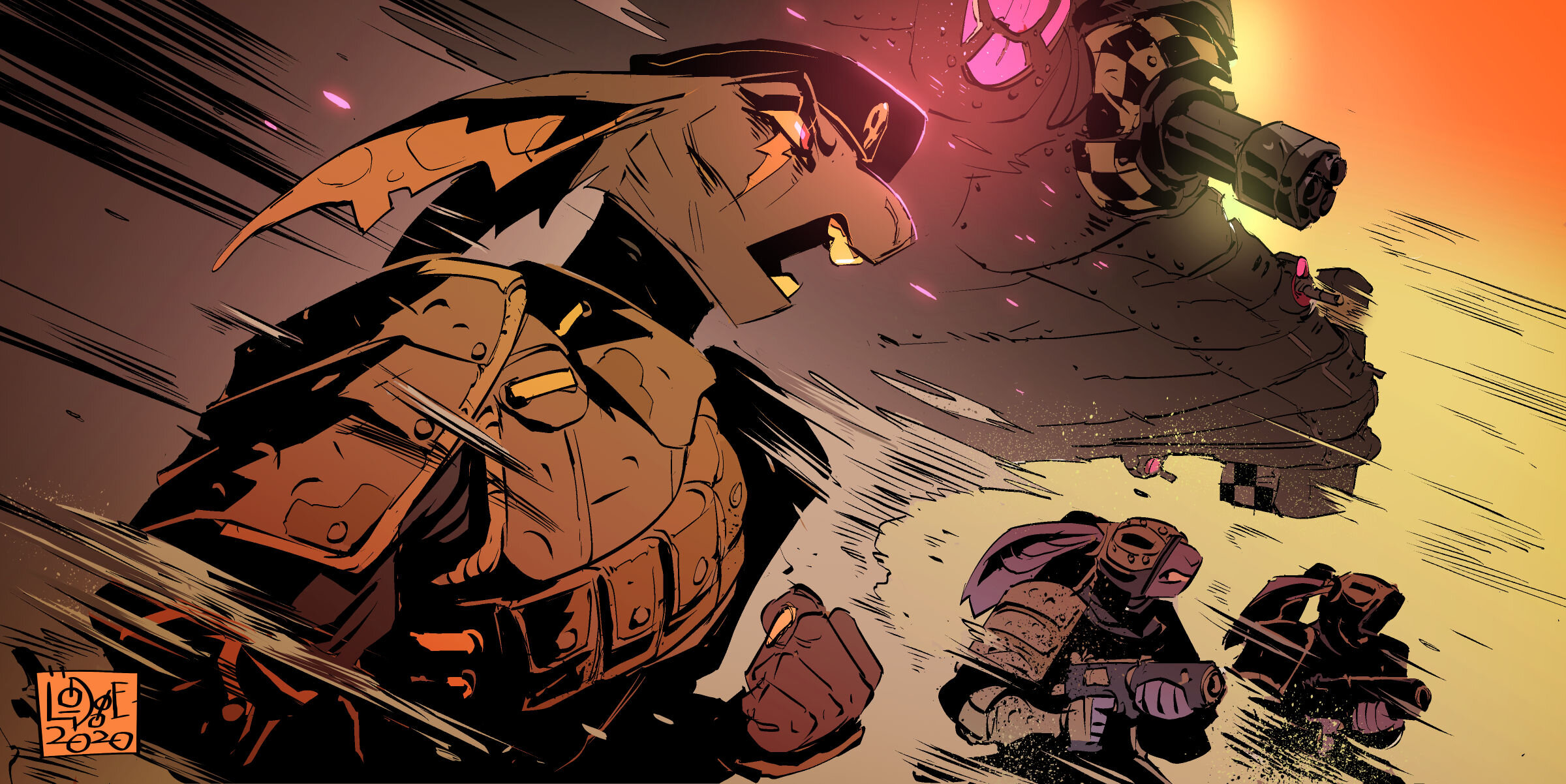 Most of you know me from my various comics or world-building projects over the years, such as FLIGHT Comics, Avatar: The Last Airbender, and my collaborations with the artist Jennadelle.

WYIT originally started off as a therapeutic hobby to occupy myself with while recovering from a dark period in life in the years after the Marine Corps. Eventually the story took on a life of its own, leading to a world and characters I fell in love with, and I think you might too. If you're a fan of PG-rated two-fisted adventure like Atlantis: The Lost Empire, Raiders of the Lost Ark and The Rocketeer, you'll probably enjoy what I've got in store. 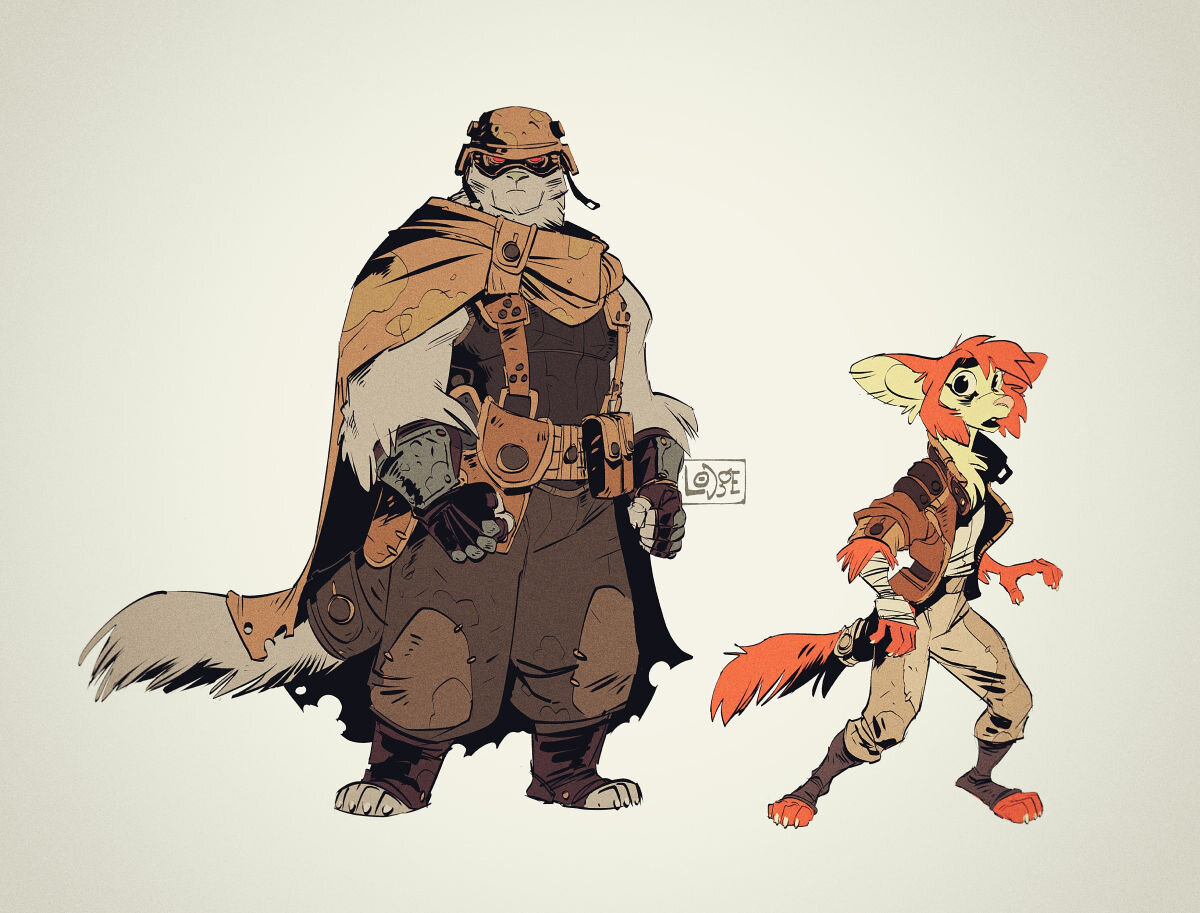 I work a part-time job in farm labor and truck deliveries, so this isn't my full time job yet, and I put as much of my free time as possible into working on comic pages (which you can catch on my Twitch.tv livestreams). Getting this book done is my #1 priority, so rather than make this Patreon a complicated multi-tier venture, I'm keeping it at a simple $3 a month all-access plan.

For the price of a large cup of coffee, you help me cover monthly business expenses and generally make it easier for me to focus on this graphic novel. You also get access to about 1-2 posts a month of either my unreleased concept art, sketches, layered digital art files, and other material that I don't post publicly. You also get access to my Patrons-only Discord (which is full of very cool people).

Over time I'm sure I'll get other ideas to throw in for the Patrons, but for now I'm keeping it simple and straightforward so I can stay focused on making the book, since that's what we're all here for.

Stay tuned, and thank you for your support! 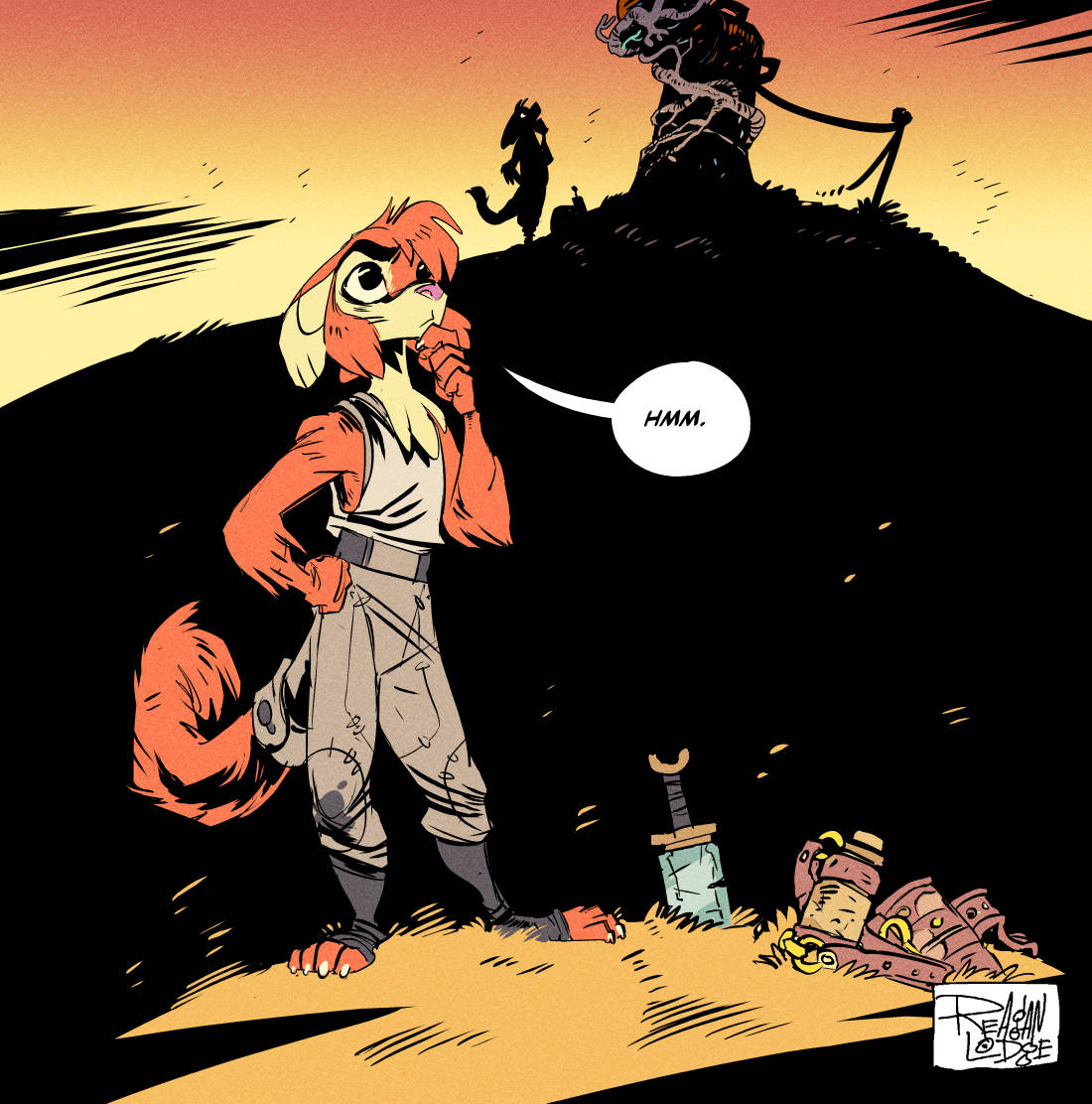 "Will this be a webcomic?"
Right now there's no plans for a webcomic or digital release. This story is intended to be a physical printed book.

"What age group is this suitable for?"
WYIT is PG-rated, so probably ages 8 and up. It's an adventure dealing with intense depictions of good and evil, life and death, but will have no profanity, or graphic violence/sexual content. It's the story I wish I had as a kid, but it's serious enough that adults will love it too.

"Okay cool, WHERE CAN I BUY IT?!"
I'm working on it!! The book is still in progress. Once I get enough done, I'll be launching a crowdfunding campaign on Indiegogo to fund its printing, shipping, and future projects. 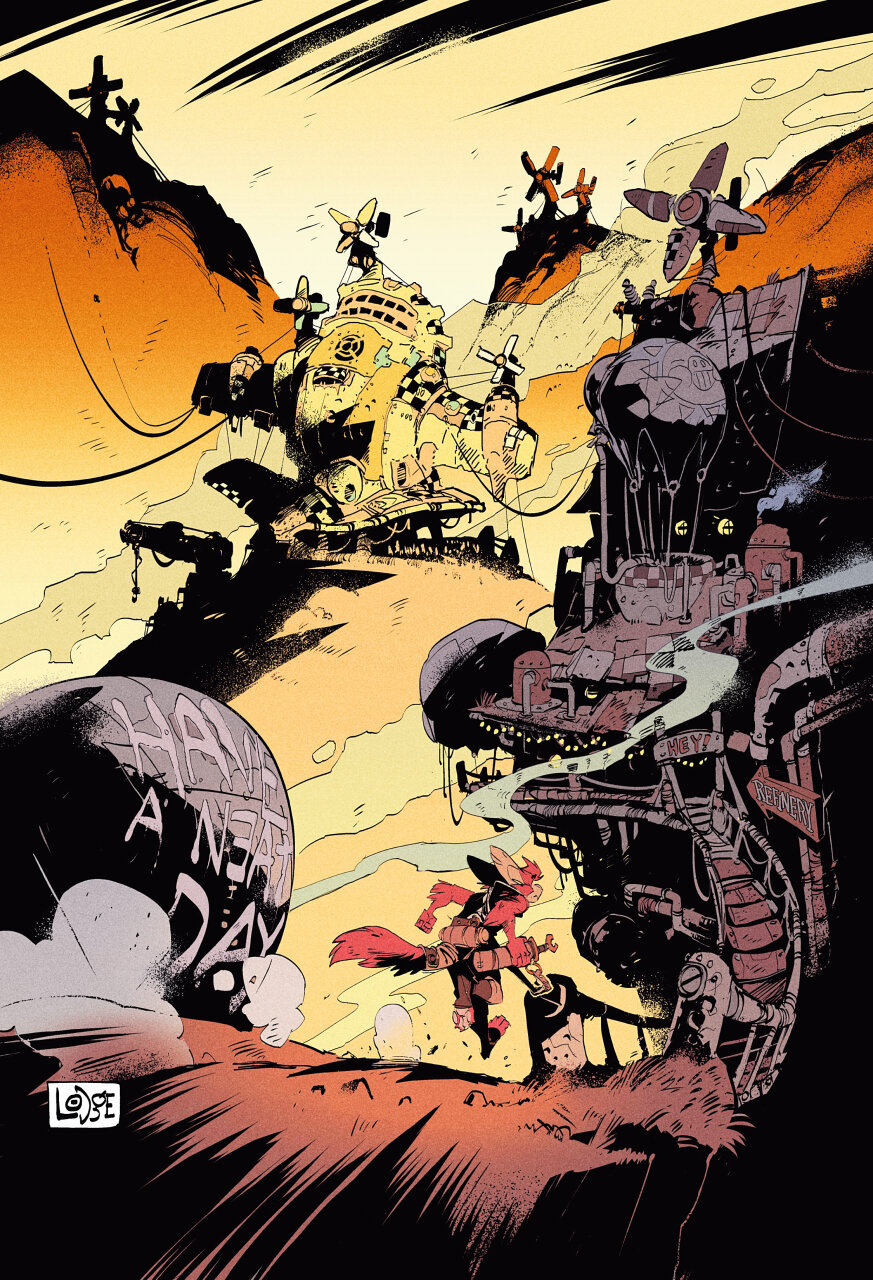