You are a supporter of my art
$1
per month
Join
With this tier you are helping my music to evolve and my art to flourish.
I am thankful for that.
=)
A big up for the first supporters
$10
per month
Join
This tier is for the first Patreons on my account
One online piano class per month
Limited (20 of 20 remaining) 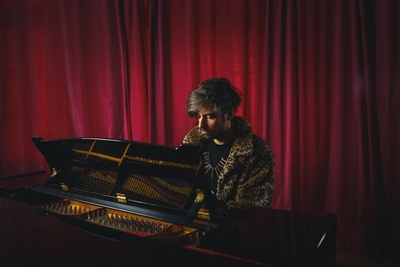 $30
per month
Join
I will give you one piano and/or composition class per month.
And we can always follow up from there.

The Fire in the Forest - concert


After playing in small concert venues, bars and friend's places, we decided to take our music a step further and rent a bigger place for our next concert: Ölberg Kirche, direct by the canal in Kreuzberg, on the corner of Paul-Lincke-Ufer and Lausitzer Strasse.


The name of the concert is The Fire In The Forest.
It is named after the enviroment and the earth, which is the home and mother of us all. And specially to the Amazon forest, whose life and longevity is being under extreme delicate circumstances.
The concert will be recorded in audio and film.
We are four musicians that will play live: Rossano Snel, Maria Laskowska, Ilja Coric and Jan Weigel.
We need to make minimum 530 Euro so that we can pay for:
We also have other costs such as:

I need to pay the musicians that recorded my String Quartets.
They recorded on trust and love to the music, but still they gotta be paid.
We did 2 rehearsals together plus one studio recording session of 8 hours.
The recordings happened in Trixx Studios - Berlin, in early July 2018. Studio is already paid, so I just need to pay the musicians.
Every musician will earn 250 Euro.
The musicians are:
Maria Laskowska - 1st Violin
Joo Hyun Kang - 2nd Violin
Chang-Yun Yoo - Viola
Enzo Caterino - Cello