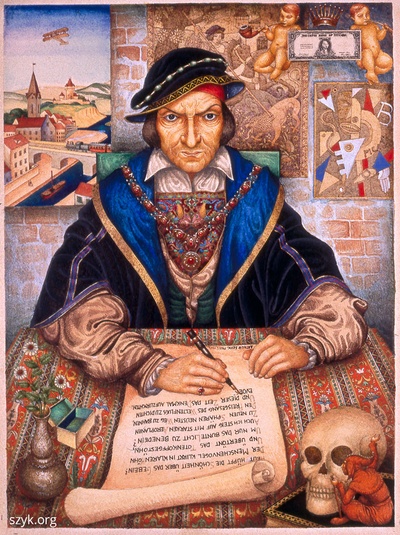 I am Sanjay Perera and a writer. This page will host short stories, excerpts of writing projects, poems and non-fiction essays.

Additional info, short version: I am the founding editor of Philosophers for Change, and the author of A Leap in the Dark; Trauma Inc. and Other Works: or, How to Read the World and End It; and the novels Golem & Traum and Perfect iSland.

Long version: I began writing when I was about nine, I began telling stories to friends two years earlier. The old exercise book I scribbled in is still around. It abounds with stories that are primarily speculative. Quite a bit of it is fan-fiction focusing on Star Trek and Planet of the Apes. There is also homage to monsters like Frankenstein, the Wolf Man, et al.

The years went by as I developed my non-fiction: I became a journalist in print and television, and taught at colleges. I have returned to fiction.

Over the last couple of years I worked on a few projects. Some of the ideas were seeded years ago but have only now come into fruition. Recently, I began a novel but it started to disintegrate like bubbles of quicksilver and coalesced into plays, and short stories  (some morphed into poems). The result of that process is Trauma Inc. and Other Works: or, How to Read the World and End It.

However, a novel did arise from all this falling apart as more ideas regrouped and transformed into a larger project. It shaped into a series called The Dark and The Light. The result of that transformation is Golem & Traum. Currently, I am working on the second book in the series but various other ideas have arisen as a result, and I have expressed them in the new pieces here.

These pieces are available to patrons. A lot of the pieces could be termed speculative. Much of the fiction is an exploration of the universe my current writing operates within.

It is a universe that is dystopian-utopian with a touch of the apocalyptic: that which is revelatory, an uncovering, a bringing to light, moving into disclosure, a slouching towards Bethlehem. This is not so much a preference but a reflection of the times, and where we are in our evolution as a species.

The essays are an extension of what I have written previously in terms of socio-political commentary, but there is more reflection on the speculative nature of things.

A note on contributions: the pledges are per creation but a limit can be set as in a monthly max. That means you will not be charged more than you are comfortable with in the event there are more posts in a given month than usual.

Thank you indeed for taking time to read this. I believe the material here will give an extra dimension in understanding the world we live in.

[Top picture: Commentary on the Apocalypse by Beatus of Liébana.] Recent posts by The Cryptick Scribe