is creating tokusatsu and film videos

As you may know, this content wouldn't be here without you, even at this entry level you can help so much! You will have access to new episodes before they are live to the public (sometimes up to an entire week or more early!)

This tier also gives you basic Patreon Discord access over on my server!

$5
per month
Join
Let’s turn up the heat a little bit, shall we? This is the level we start getting serious. No not like holding hands or posting cute pictures online-- I’m talking behind the scenes access! This includes first looks, updates, future videos (as well as a look at the schedule from time to time), Patreon Exclusives, and the biggest and best one yet:

Your name.
In the credits.
Of every video.
Yeah!

Oh yeah, this level also comes with the monthly swag for both the channel and tokusatsu. This could include stickers, pins, magnets, shirts, and more!

There will also be a handful of other videos and content only viewable to those on this level and above.

This includes all the previous tier rewards so far.
Includes Discord benefits
Producer

$10
per month
Join
The highest of honors, and thanks are given to those at this level. In the credits of every movie, you always see the names for the “producers”; but what exactly does that mean? These are the people that without the support and guidance, the entire work would be different or even non-existent.

I want you to come on board to help shape and lead this channel.

This comes with a special mention each month in a video as a way of saying thanks. You’ll join the elite in helping plan and work different ideas for the channel.


This includes the previous tier rewards above.
Includes Discord benefits

I'm Squall Charlson; I am an actor, writer, and have even been awarded an Emmy for directing. You may know me from Let's Talk Toku, where I host an awesome tokusatsu show. I also make videos about tokusatsu, movies, and sometimes video games over on my YouTube channel and I have been at it for years now. With your help and support, you can help the channel grow and become more!

With weekly uploads, there is plenty to see and enjoy on the channel! We have series such as SUPER HERO TIME, Tokusatsu Girlfriend, Tokusatsu Top Ten, Toku One Offs, Open Sanjou, the new and upcoming Drunk Toku, and of course the return of How To Adapt!

Tokusatsu Girlfriend is a great entry for both newcomers and veterans to Kamen Rider, Super Sentai, Ultraman, and more! I take my girlfriend Lauren on a new series each season, and with Patreon you can get so much more! This show includes: Bonus After Show Episodes, Uncut Podcast Episodes, Live watch and reaction videos to key episodes, Insights on the show, and of course Early Episodes! We're also trying out a new feature that lets you listen along as it's happening!

Certain levels will also include bonus content not found anywhere else, or at least way before anyone else outside of Patreon can see it!

For such a niche following, we sure are spread out to the farthest reaches of the internet. Join myself and many other awesome people over on our Discord Server, and with Patreon, get access to the Patreon pages, addition to the top tiers on the community listing, and more! Lets come together with tokusatsu, movies, and other interests!

What you see on the channel is reflective of my time, and it takes a bunch of it to make some of my videos. I will let the content speak for itself, but imagine having more of it, more often. That’s where Patreon comes in. I want to recognize and reward you, the viewers and fans of the channel for supporting me and helping it grow.

But where does the money go?

I could say something obvious like into the bills I am usually paying (house, utilities, services, ect.), but most, if not all, goes back into you and the community. I want to give you more in terms of being here and a part of the growth. Some tiers will receive physical thank you gifts and swag we will raffle off to only those on Patreon.

The long term goal is simply this: If we can start to raise enough I would be able to start paying for help to shoot and star in future videos (think more narrative work) or even commission an artist to make artwork for future videos. This is a platform and channel I can use to showcase many other talented artists, and I am so excited to start doing that!

"I honestly believe we need more original tokusatsu content online, and I would like to help those around me grow and succeed too."

By becoming a patron, you're helping myself to create and that means the world to me. Even if you aren't a patron, from the bottom of our hearts thank you! 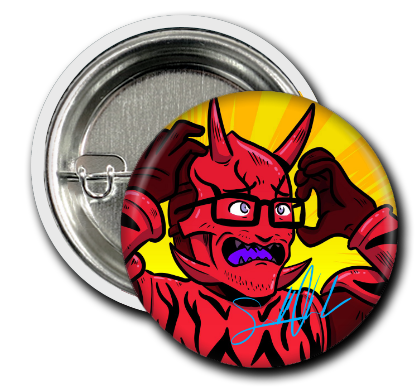 I want to start giving back to you, the patrons!

With reaching this first goal, I will start releasing a special channel/toku related pin each month. Everyone who is an active patron during the month this is reached will receive it in the mail.

From then on out, only those at the certain tier will be sent the new ones!