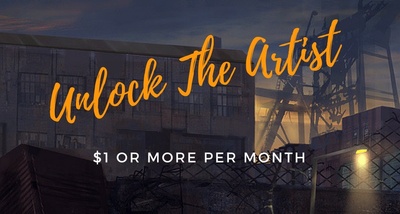 $1
per month
Join
Become apart of a small army of artist supporters. Thank you! 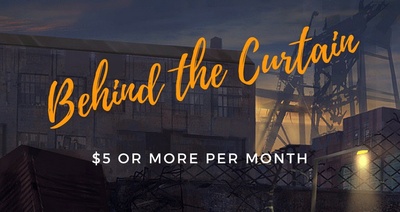 $5
per month
Join
Get a patron-only perspective on my work. 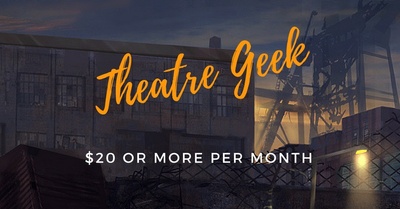 $20
per month
Join
Unlock exclusive content and join my community of patrons. Thank you!

Frank Alan Motley (born 6 September 1979), known by Alan Motley, is a American musician, singer, and songwriter. He is the lead singer and principal songwriter of the band AMP. A student of music theory and composition at Cornish College of The Arts, his interest initially was in writing musical theater. As a multi-instrumentalist, he mainly plays piano and guitar, but also plays synthesizer, bass guitar, and drums among other instruments, and makes use of electronic equipment such as samplers and drum machines. In late 2000 he decided to start music projects based from his interest in music production working with Ironwood Studio in Seattle, WA. Alan Motley Project - AMP was formed. His music styles vary from rock, pop, and jazz with a deep leaning toward indie rock.

In early 2013, Alan began work on his first musical theatre project Streetkids. Initially started while at Cornish in 1998, the concept was refreshed with current events including Black Lives Matter references and stories about trans people of color being murdered.  Preliminary work on the original book, music and lyrics are now being updated for the current time.

STREETKIDS will be a piece to challenge minds and open hearts. The concept revolves around a trans teen, gay teen and their friends in NY. A rock opera intended for young adults. The show delves into methods of survival, love and loss. Family dynamics and the challenges that religion play. It covers teen prostitution, exploitation and trafficking. We watch the protagonist on their journey to navigate their reality and identity.

OVERVIEW
Your support gives me the ability to achieve the goal of developing my new theatrical work.  http://www.streetkidsthemusical.com/

Music Samples From The Show


MY PROPOSAL
I am proposing the funding of a new musical theatre work for release nationally and globally. The piece will be researched abroad and developed in Seattle,WA. Workshop and test production will be held in Seattle, WA. Full production will be held on Broadway in association with Lincoln Center hopefully. I am looking now for initial support to begin the process of research & development. This will include interviews, video and audio recordings. Development will include composition of a new original score and book of a musical. Workshop will be produced for one public performance.

I can't do this without the support of people like YOU dedicated to helping artists and creatives as we struggle to produce new works.

If you wish to just make a direct donation via Paypal: https://www.paypal.me/alanmotley

6 of 50 patrons
WHAT DOES THE PER MONTHLY PAY FOR?


You are giving me the opportunity to focus only on the creation of the musical STREETKIDS.