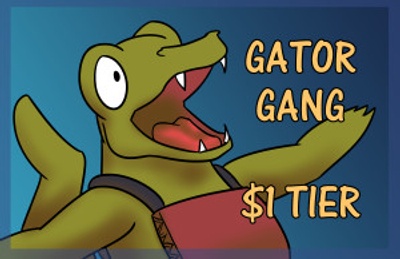 You're a lovely, lovely individual. :)

You will receive a shoutout on main website, at the start of the month, as a thank you for your support! 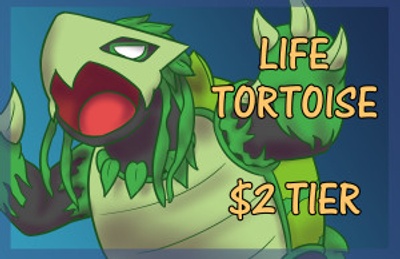 Get access to Process Shots: break-downs of individual pages, from the sketch phase to finish, with commentary! Sort of the behind-the-scenes look at page creation. 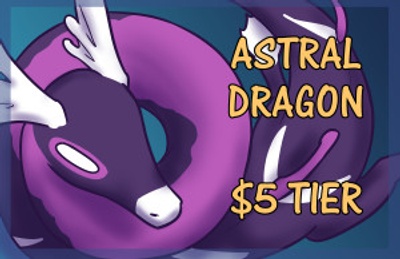 $5
per month
Join
Free eBook downloads available for the primary story arc (aka regular chapters), and other ebook projects.

Hey guys! I'm Emily Brackhan and I make a webcomic called Blitz Phoenix. It's a bit of an angsty-teen comic where a kid named Terry is given electric powers by his mad scientist mother, Amanda. Amanda's team also plants an AI directly into his brain, intending to wipe out his consciousness and replace it with an obedient computer - but to everyone's surprise, Terry is just as loud and angry as he was before, so it seems the transfer didn't work after all... Or did it?

Throughout the comic, Terry has a terrible time of things. From learning to control his new powers, to dodging superpowered dogs, to figuring out who he can really trust. And, to top it all off, he finds out the weird new haircut "gifted" to him along with his powers apparently matches some kids' anime character, that he immediately decides he hates. All caught up on the current story? Join the Life Tortoise tier for as little as $2 a month and you can be two updates ahead of blitzphoenix.com! This helps me make new pages and lets YOU read ahead of the free readers.

With over 500 pages, you can dive in and read to your heart's content! Find that number a bit overwhelming, or want it in a more manageable form? There are also PDF versions of the comic for sale on Gumroad - try out the Chapter Bundle for chapters 1-4 to ease your way into it! But I should mention that Astral Dragon supporters ($5) gain access to all PDFs as a part of their membership.

Recently I was laid off from my job (because of the coronavirus) and am looking for support! If you're able to help, I would appreciate a pledge!


Thanks for reading my comic!

23 of 35 patrons
I'll open up a monthly art request thread. Patrons can suggest things for me to draw, and I pick one and draw it.
2 of 3