is creating comics and illustrations 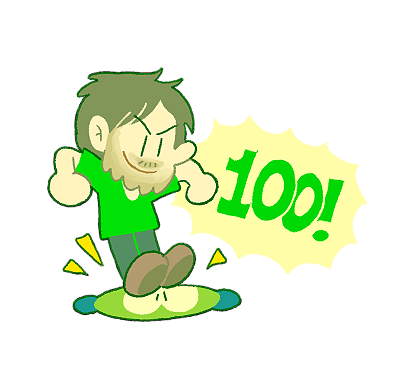 
I'm Yves Bourgelas, also known as The Bourgyman on the Internet. I'm a Canadian comic artist, creator of the webcomic-turned-comic-book Supercrash! and of the fan comic The 3 Little Princesses.


Supercrash! is a youth comic series about a young teenager's journey into becoming a proper superhero. The series is being pre-published on the website Supercrash.net, where it can still be accessed and read. The comic book version was successfully crowdfunded using Kickstarter in 2017. The webcomic's next chapter will start in 2020.

The 3 Little Princesses is a fan comic based in the Super Mario universe. A first story was published in 2008. I decided to relaunch this series for a second story 10 years later, in 2018. This is my current ongoing comic series. As with Supercrash, you can read it for free on my website, Bourgy.net.

The girl in black in the header image is Yasmine, a chaotic neutral witch for hire who's the main character of an unnamed teen/young adult comic series I'm developping right now, slated for a 2020 premiere.

I live off my art by regularly touring comic conventions, book fairs and festivals, but living fully as a comic artist isn't easy. I often have to rely on external freelance gigs to make ends meet, most of them which I cannot share with the public. I don't like to keep my art activities a secret.

If you become a patron, not only will you get 100% of my gratitude, but you will also enable me to pursue more artistic and comic projects of my own, that in turn I can share with the community (that's YOU!).

You can currently support me by either selecting the $1 tier, or a custom tier, should you wish to. Tiers with rewards and more goodies will be offered in the future. For the moment, should you decide to support me, these are your options, along with the usual sharing and passing the word around.

Thank you for reading!

$109 of $150 per month
If I reach $150 a month, I'll start doing work-in-progress videos every month; videos where I film myself working on drawings, digitally and/or traditionally. I've been doing it VERY sporadically, but this will become a monthly habit whenever we reach that goal!
1 of 1