is creating positive music for Escanaba and the world!
Select a membership level

Burgundy Buddy (sticking with us)
$2
per month
• Thanks! Your name will be displayed on an interior wall of the Red House. 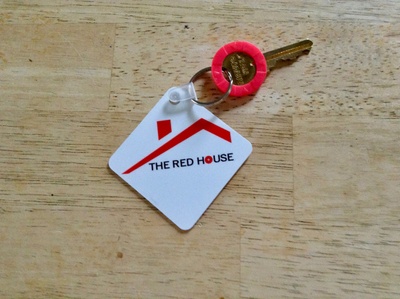 • Terrific! Thank you! You get all the perks of the tier above. 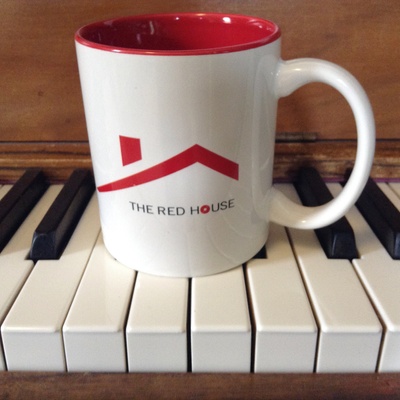 Crimson Colleague (java and jams)
$10
per month
• Marvelous! We really appreciate it! You get all the rewards of the tiers above.
• PLUS . . . Coffee mug!
Select

About The Red House

Rehearsal space. Gathering place. Recording studio. Live music incubator. The Red House in Escanaba, Michigan is all of the above!

I'm Phil Lynch and I inherited this older home from my mom a few years back. We went back and forth on what to do with it. Then last April, while soundproofing an upstairs bedroom for mixing recordings, I had the realization, "You don't have a music room. You have a music HOUSE!" You see, the downstairs -- a living room with a high ceiling and adjoining dining room -- was going pretty much unused.

So I and my wife, Jane, got to work, removing much of the furniture, decorating, rehabbing the kitchen, and moving the instruments and mics downstairs. One of our first rehearsals was with the awesome period-jazz group, the Errant Late Night Gardeners. After three hours of work and joy, singer Mark Ammel remarked, "You have the coolest tree house in Escanaba."

As a result of having this treehouse -- a music headquarters -- we've already given birth to two new groups: The Red House Ramblers dixieland band, which debuted at a terrific benefit concert for our local homeless shelter; and an acoustic alt-pop ensemble, Still Pictures. The Red House has also hosted rehearsals of my own jazz quartet and my backing group for solo sets. We had a rousing Gardeners rehearsal/gathering. We've used the house as a "workshop" space for new pieces by the terrific percussionist, Lorne Watson, for a recital last year and an upcoming jazz quintet concert at the Escanaba Library.

Then there are the house concerts, with all proceeds going to the artists: the phenomenal song parodist Steve Goodie from Nashville (twice); alt-folk duo Awake for Birds from Appleton; and a porch concert with the nationally-touring, much-in-demand Flagship Romance.

The Red House is really being of service to the community. And frankly, we could use your help in this endeavor. The Red House isn't a business. It's a house in a neighborhood. We simply use the downstairs to host rehearsals and gatherings. We'd like to keep this "extra" house in the family, and keep using it to bless the community with local, live music. But the long-term propspects of keeping this second house are uncertain, due to the cost of utilities and taxes (and some needed improvements we hope to make).  We already have another possible house concert in mind for next year, and plans to do more composing/workshopping for the upcoming jazz concert. Thanks for your time in visiting this site today. And if you're willing to help out, thanks a lot for your monthly support, helping to grow positive music for Escanaba and the world!

$94 of $154 per month
At this goal we will now be covering the gas bill in addition to city utilities. Joy! Rapture! Because this heats the house, we'll post a video of Jane playing "Light My Fire" on tuba.
3 of 3

Recent posts by The Red House