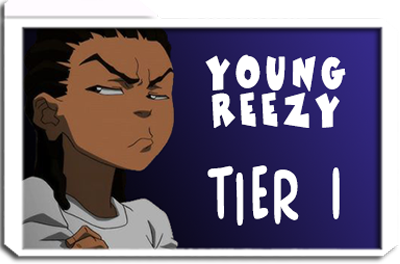 You’re a real one. I don’t really see the point in myself putting arbitrary limitations with the first tier, so I’m gonna make sure with this tier, you get access to a lot of stuff. 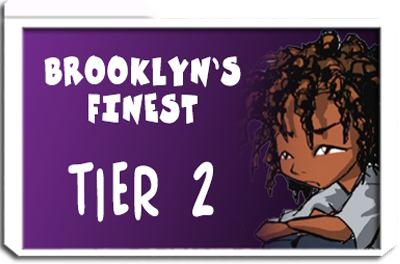 Yo, I ain’t even from Brooklyn, but I know you’re cool. Like I said earlier, I’m not all that fussed with putting huge unrealistic barriers behind each reward. 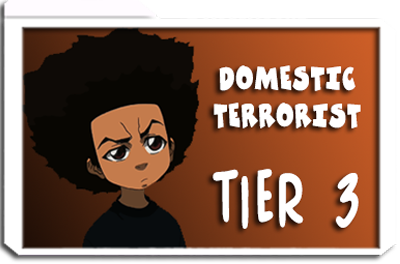 Mind state militant. You’re really down for the cause, huh? Aight, I’ll bite.

Yo, I'm Storyteller. I've been creating content on YouTube for just under five years now, and in through all of that I've expressed a keen interest in The Boondocks franchise. This series bled its way into my videos, until eventually, I began work on the video series "Operation Black Steel" which, oddly enough, isn't about handguns or prison break. It's a video series where we give an informed coloured perspective on media, and discuss our place in it.

What do you do?

Operation Black Steel is a series I've been working on for about a year and a half, but I've been planning for even longer. My ultimate goal with Operation Black Steel is to create & inspire thought on certain aspects of the black community, using different forms of media as a platform to discuss them. This is not exclusively The Boondocks, but it's naturally an integeral aspect of what I'm doing with this series.

Keeping things 100% transparent, I wish to cultivate a community of people fascinated with these things, so when I eventually drop a project related to these things, it isn't out of nowhere. I don't want to be the guy that makes promises they can't keep, so I can't talk about them now, but just know that's the plan. Watch this space.

I don't vibe with Operation Black Steel. I liked your other stuff.

This one goes out to the people that liked the video game focused stuff. Whether that be Ace Attorney, DanganRonpa or whatever. I still intend to cover things like that, and my love for the Ace Attorney series, specifically will never die. The very existence of Operation Black Steel does not eliminate Ace Attorney or gaming content from my channel. Much to the contrary. The diversity and distance gives me the passion to talk about it. Even video games in general.

If you really wanna support me that badly, then send me some money through Ko-Fi. If you can, tell me what type of content you like from me. I can never really tell what people want from me. This patreon is basically for the people interested in the Operation Black Steel type of stuff, and want to show me some support to continue doing it. But, don't feel like I'm excluding fans of my other stuff, cause' honestly, I still do really love talking about that stuff and will continue to do so.

I'm financially unable to support you. We still cool?

Man, if you want me to keep it 100? I don't really like patreon. I feel like the rewards are usually not worth it. This is poor marketing, but I like to keep it real with people. If you don't want me support me financially, I don't blame you. Cause' I probably wouldn't either, lmao.

This patreon was made out of fan-request. While I will give it my all with the rewards and stuff, this is just for people that want to support me. This isn't gonna drastically impact the speed of the content, and for the most part, it won't control the type of content I make. I love creative control, and I make videos about what I want to talk about. I do what I wanna do.

Pledging to my patreon is solely for those who wish to financially support me, want some extra content and insight into all this behind the scenes Boondocks business I do. That's why I made the pledge amounts low, and the stuff you get with it, hopefully, bountiful.

It'd mean a lot of you pledged. But trust me, don't feel obligated. I ain't tryna be some Rollo Goodlove race pimp. I ain't tryna treat y'all like some suckas. I'm just keeping it real. Do what you want, and do what you can. Thank you.

14 of 20 patrons
And, this is where the goals become unrealistic.
If we manage to get this far, I'll make a fun little patreon exclusive video with my face telling a fun little "Operation Black Steel" style story. With little doodles and everything.
3 of 6