is creating Music, Visual Art, Books/Writings
Select a membership level
Part of the Team
$1
per month
I want to start with an equal platform approach, so any amount gets you full access until things start rolling.
Select

My name is Trevor Burnett and if you've met me you know me (at least a little bit) and if not, Hey, how are ya?

I've been giving professional artistry a go since I was 13 years old, at least that's when I started posting my animations online.

The story really kicks off in 2009 (pictured below) when I decided to move out and focus on my art instead of going to university. By the end of the year, I had published my first book, Broken Pattern, but not without a rude awakening to "the industry."

Look at that hair!

I was left with 300 book and a $5,000 deficit, so I did what any naive 20-year-old author would: booked a cross-country book tour to end up living with my friend in Victoria, BC. It was an adventurous drive to say the least.

When I arrived in Victoria, I started a radio show with a friend I had left behind in Montreal, Spencer, called:

Our topics varied from comical critiques of the world to deeper discussions on depression, drug use, societal pressures/expectations, and growing up. The show lasted for a year until I decided to take a hiatus and travel to Guatemala.

The next few years had a lot of back and forth between Montreal, Victoria, and travelling around the world until I ended up losing a bunch of money, and luckily not my life, in India. A long story you can hear about in person.

But life has a funny way of providing silver linings: I returned home and went back to work on an old project called The Destructive Artist: a comic I started and would work on when I was going through depression. I had already completed 3.5 issues, and after completing the 5th, I found a note I wrote to myself saying if I completed 5 issues I had to bind it into a hardcover book. Learning from my previous experience, I decided to run a successful kickstarter... 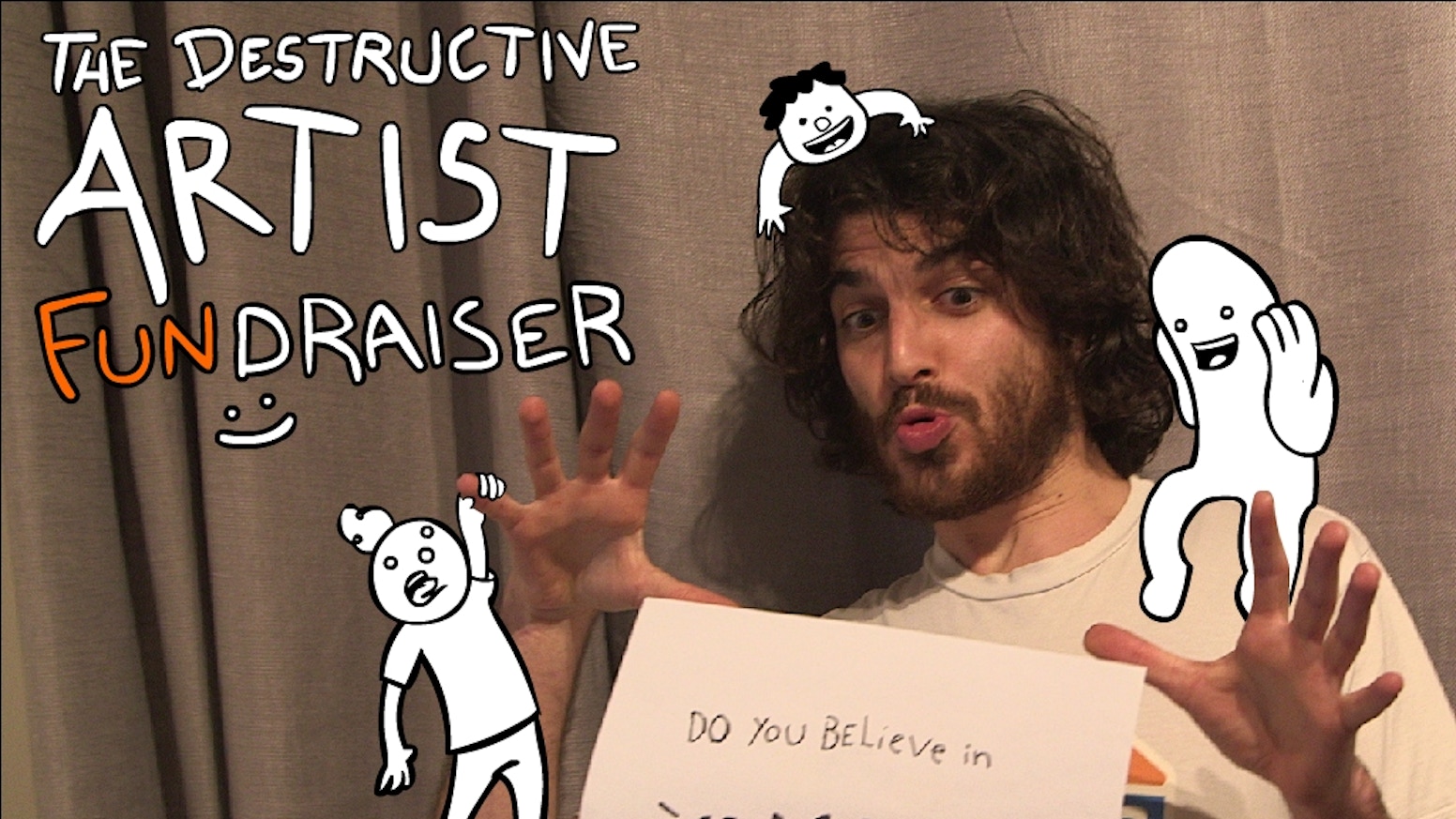 ...and a few hard-working months later I had myself, and my backers, a new book:

With some money in my pocket I went back to the road, this time accompanied by a guitar. I travelled around for another few years, revisiting old homes and making new ones, spreading music and playing shows wherever I could.

Back to that long hair...

So by now it's been a long trip, and we've just scratched the surface of all the things I like to do. I'm an environmentalist and gardener with a certificate in Permaculture design, a kombucha brewer moving into the realms of beer and wine, and I draw a lot too.

I spent 2018 in Montreal honing my craft and playing shows every couple of weeks. I've recorded my first EP as a pilot project for emerging artists with a local studio called Flip the Industry, and the second album is being currently being produced.

Back in the day, artists were funded by patrons: wealthy philanthropists who knew the artists and wanted to support their crafts. I'd been talking about this concept for years until I recently discovered this platform. In an age of digital sharing, it seems like a rational response.

I've got fans all around the world and here's a way for me to stay connected and share with them parts of myself that they seem to enjoy as well. I'd like to develop this page into an interactive "inside the artist's studio" where you can see me working on projects, give feedback, and offer direction.

I'd like to dedicate my life to creating art and sharing it with you. Would you like to help?

$0 of $500 per month
I found a magical place to live by the sea. In addition to the musics and art, I'm developing a business plan for an ecological cafe/workshop center (trying to share some sustainability knowledge.

$500 covers rent so that's one less thing to worry about, not to mention avoid working renovations where I can lose a finger and end the art game for good!