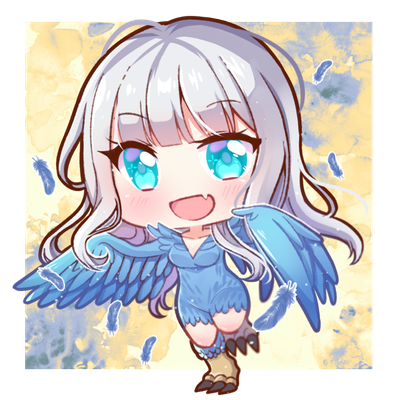 $5
per month
Join
Thank you for your support!

My writing is made possible by your support

Hello and welcome to the Patreon for Tinalynge!

About me
I am Tinalynge, an author who has been writing since 2015. I am mainly writing Eastern Fantasy, cultivation novels, but I have also begun writing Modern Romance.

These are the novels I have completed or are currently writing:

Blue Phoenix was my first novel. It is finished at 1.650.000 words split over 790 chapters. It follows the journey of Hui Yue who was born on our planet but was reborn into another world, a world unlike our own where cultivation was the norm, where beast companions and magic could be found everywhere. He is setting out on a journey together with his companion, Lan Feng, an arrogant blue phoenix.

Overthrowing Fate was my second novel, it is finished at around 310.000 words, which is split over 154 chapters. It follows the youth Xu Min who is training to become a family guard. He never wanted much in life but due to the jealousy of man, he was forced onto the path of vengeance.

Condemning the Heavens is my third series, it is also the Eastern Fantasy series that I am currently writing with approximately three hundred and fifty chapters published at around 750.000 words written. Condemning the Heavens is about Xue Wei, a young man who is forced by fate to accept a destiny that he does not want. He is not who he thinks he is and he has to constantly struggle while realizing that some have taken him to be a pawn in a much bigger play.

My Life or Your Memory is my very first attempt at romance. It is a modern romance with a millionaire lover and a cross-dressing female lead. It is complete at 267 chapters, an around 260.000 words.
The story is about Jiang Yingyue who is taking over the life of her deceased brother, struggling to live in the world of men. She somehow gets mixed up with the young heir of a business empire, and together their love story begins.

Rest in a Demon's Embrace is a novel I co-write with my friend Blue Jay. It is a BL (Boy's Love) novel about the weak Luo Xiao who is sickly from birth. After experiencing a traumatizing episode that will forever cast a shadow over his life, Luo Xiao sells his soul to the handsome immortal Jiang Yao. However, is his soul the only thing he is losing? There are around 85 chapters of Rest in a Demon's Embrace, which covers around 176.000 words.

Money-Grubbing Lover is a novel I began writing last year. It is currently ongoing and is published on Webnovel. It is a story about a shameless man who is chasing after a young woman, trying every trick in his book to make her fall in love with him, while she runs as far away as she can, only to be caught and tricked time and time again.

Five Elements of the Royal Sky is currently exclusive to my patrons. It is a cultivation romance that follows Luo Zhirou and Jin Feihong's adventure through the many challenges that appear on the path of cultivation. Although the body is dead, the military soul has not been extinguished!

Forsaken Immortals tells the story of Bai Rouyun who died tragically, only to be reborn into the body of a deaf, mute, and dumb woman... Who was getting married!

Patreon is not a one-time donation but a recurring pledge, however, you can choose to cancel it at any time you wish.

Some of my novels can be bought on Amazon.