is creating words and music.
Select a membership level 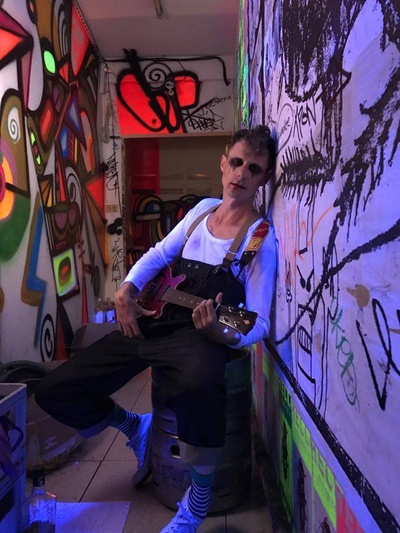 Become A Patron
$1
per month
Unlock exclusive content and join my community of patrons. Thank you!
Select 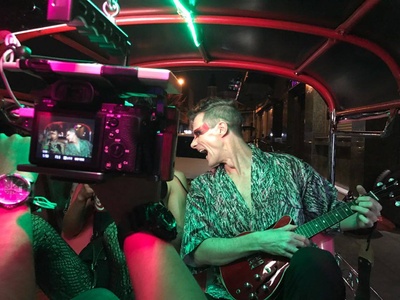 Early Access
$3
per month
Check out my latest songs before anyone else!
Select

Collaborative Song Patron
Limited (2 remaining)
$5
per month
For 2 Patrons who pledge $5 a month, for 1 year, I will collaborate on a new song.

After a life-changing experience which left him hospitalised, he began a metamorphosis which has had a profound effect on every aspect of his life.
He became sober and committed to learning.
He continued his work as an LGBTQI activist and community organiser and is director of Margate Pride CIC
He has continued to perform in a variety of clubs, bars, theatres and galleries.
Two years ago, he wrote a collection of dark, intimate songs which were produced by the Animal Farm studios in London.
His debut solo album has inspired a number of projects in Europe and SE Asia which have resulted in several music videos and raw shows that deal with surviving abusive relationships, recovery and retribution.
Tommy Poppers is an independent artist committed to benefiting the whole community, and he values the time of all the artists, musicians, performers and crews involved in producing media. He doesn't rely on the labour of 'unpaid interns'.
He has recently written a brand new collection of songs which will be released in September 2018.
He is currently in talks to produce a rock and roll musical film with 'Spinning Head Productions' in Thailand, and he looks forward to building a creative model that is focused on the product, the people involved - and not just the profits.
John Waters is his hero.

0 of 100 patrons
Musical film: I have scripted a musical film, based on my live performances. It deals with issues of rape, retribution and recovery. I have the production crew lined up and I am currently seeking funding for the project. If you wish to know more about this project, please contact me.
1 of 1