TQR: BEHIND THE SCENES 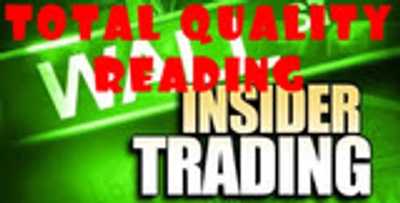 TQRstories has been championing long-form lit since 2004, offering an alternative to the flash fiction scourge of this sound bite era. Distinguishing itself still further, TQR conducts day-to-day business on the site’s message boards, making it the only e-zine with an editorial process that lets its investors see how the sausage is made.

Our process has three stages. First, there’s the Floor, where submissions are initially received. Those that survive the first cut are sent up to the Terminal for deeper scrutiny and discussion. Of these, a few may ascend to the Executive Suite for a final determination of whether it is worthy of the mantle: Capital Gain.

In this age of skinny zines publishing tiny stories, TQR supplies a niche to that endangered species of artist that fills up notebooks-worth of deathless prose.  As our motto proclaims, “Stories are our Business.” Stories, front and back and behind the scenes; churning, bubbling and rubbed together into a protean brew that's been boiled down and reduced to its base constituents to bring you what we call Total Quality Reading: TQR.

1. Publish the best long-form fiction in the world (although we already do that! )

2. Give contributors their 'FAIR SHARE' (more than current token payment of $50).

4. Pay staff better salary, which will be kinda easy since, right now, they earn fat nada.

6. Set up an office in the Bahamas.

ELABORATION OF SAID...
First goal, will be achieved by having the ability to pay a professional rate to the talented authors who grace our stage. As the old saying goes, "Venture capitalist? ... will hunt."

Oh how tasty would it be to write off this annual thorn in my side to our amazing subscribers! Which would  leave me more time and energy to be captain kirking like no man has done before.

Speaking of captain kirking. Can I say enough about the staff here at tqrstories? The biggest understatement in the world ... nay! the universe! is "They deserve to get paid!" Enough said, peoples. Gotta pay these freaks hard!

Yes. The site is sooo old. (How old is it Mr. Rorschalk?) This site is so old it farts metaconglomerate dust! And it's wysiwyg is cold. But, to tell you the truth the words, not the containers, have always been the thing. The site is functional and I've been happy to learn a thing or two about xhtml along the way to make the front page look pretty without having to rely on some lame ass wysiwyg. But, still, a public chat room would be nice.

Well, who doesn't want a beachside cabana on the Caribbean Ocean? "You billion total quality readers in China hear me!? One lousy yuan from each of you is all I ask."
***

My goal is to crush my competitors, drive them before me, and hear the lamentations of the women. According to Conan the Barbarian, this is what is best in life and, really, I cannot say that I disagree.