is creating Sorathya: Runes of Rym 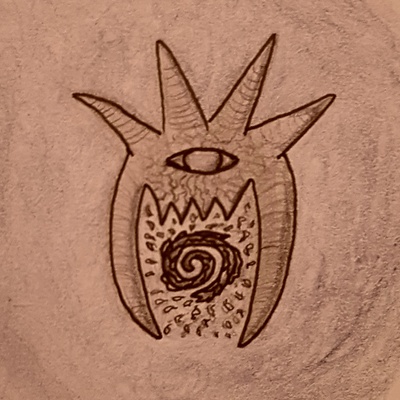 $1
per month
Join
You like my work and want to give me some support.

Here is a brief introduction into my life and my project:

If you happen to have any questions floating in your mind be sure to ask, I would love to tell you more about me :)

My Life:
My name is Tristan Drechsel and I am 18 years young. I am currently doing Work&Travel in New Zealand which is also the founding place of this project.
I have been playing Pen&Paper games at home with my schoolmates and it just happened to be that the first group I stumbled into had some interest in diving into fantasy worlds too. Luckily - and for whatever reason - I brought 3 d20 Dice with me. Well, the only obstacle was that there were just 2 of us 7 who have been a player in such games.
So I took on the burden to be the gamemaster for the first time. We also wanted to start something from scratch, just for fun,.. we figured it is not that easy to create a whole p&p game with nothing but 2 people who had some experiences in it, including me who never really was into reading and collecting inspiring material to build upon.
I have been wasting too much of my time by playing games in the past, however that still took me into fantasy worlds, especially mythology (maybe more on that later).
I will fast forward the following 50 agonizing gameplay hours full of suffering and absolute amateurs in the art of p&p gaming, at least that's what I thought my former gamemaster was thinking about me and the other players, but I have to admit after scratching the tip of being a gm I kind of can relate to that now, at least the players seemed to have fun with there shenanigans, and that is what matters ! ^^

The Project:
Alright let me try to sum up what we got ourselves into. I will skip the development and changelog of our sessions for now and jump to the status after our last play session:

Welcome to Scrolls of Rimworld: Tales of Sorathya
We write the year "far in the future and far in the past", the best time for the creator to have all the freedom he wants without the need to explain. The World of Sorathya - which is the name of the land the story takes place in -  is situated in the realm of magic and fantasy creatures like Dwarfs, Orcs, Demons, Elves, ...Humans and so on. The world we live in is know by them as the "old world", which lays back long in the past. It is said that mankind has summoned Ragnarok, the end of the world and birth of a new one. All that remains from the old world are the humans that survived and the ancient ruins of their accomplishments.
Ragnarok formed the earth anew and let creatures evolve and tribes join, nobody knows where they came from.
It did not take long when magic was discovered and quickly kept secret to the public. Two parties have formed from that:

The Cult: Cultists or Children of Rim how they call themselfes, are obsessed with the world beyond and have an insatiable hunger for magic. They hunt down everyone who's affine with magic and channel their energy until there is just an empty vessel left. Some of the victims don't even know they had an affinity with magic until the Cult murders them.

Magic must be veiled from the people to not let the search for it drive them crazy. One does not chose to be affine, the elemental magic choses you, in fact one of the ten elements choses you:

"With fire, water, earth and wind the world was made
and with the light to see it all formed shadow and shade
The time to bring movement and ice to take
thunder to awake the metal shells and show the natures might
and summoning for devine and wicked rituals to let faith and balance shine bright"
- An ancient prophecy that I definitely did not just make up

How elements behave:
An element is locked in the bloodline most of the time, so it gets passed on to the next generation. If the bloodline isn't pure (has more than one element in the family) then it is up to the person and his spirit which element he awakes, but to specifically bring out one element by will is very hard and it requires the person to know about their affinity from their ancestors. Normally an element shows up when it is the right time, or sometimes it just stays hidden inside. There are evil ways to bring it out with brute force, however these dark rituals always come with devastating consequences.
So, how do people behave when an element awakes? Well, some of them go out in public and show their supernatural powers to a cheering crowd, course they just see it as a entertaining magic trick and declare you insane if you really thought magic exists.

The Wardens: Guardians of Rim, they use magic for good and are one of the few people to be able to face the Cult. These guilds are equal of power, this is why both of them still exist and keep balance in the World.