James Harder Of Lillooet BC Canada

James Harder Of Lillooet BC Canada

is creating Video & Blog Content
By becoming a patron of James Harder Of Lillooet BC Canada you'll be an active participant in their creative process.

Friends of Humanity
$5
per month
Join

Help me upgrade my hardware 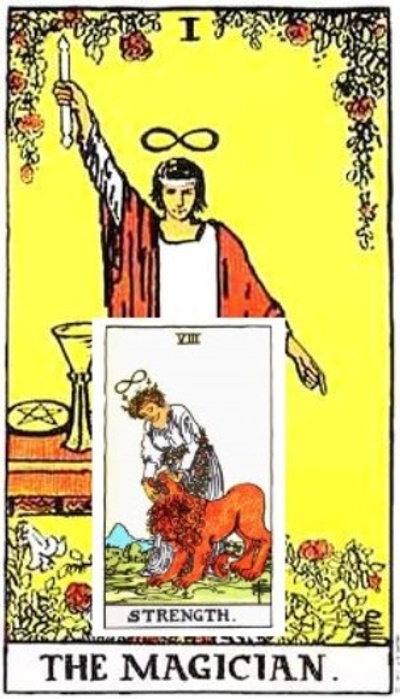 I'm creating this tier level for POSSESSED People or yif ou would like to link with me personally for a one hour consultation in my field of specialization. Some Youtube channel members have asked me to provide a format for PSYCHIC READINGS before;; to which design this channel provides me and you with a mechanism for this exchange to happen. ...  What I feel is important to share in this regard is that once I've linked to someone it may take time to locate and remove an unwanted entity. The KEY IS PERSISTANCE and knowing how to unite the subconscious and conscious intentions within me towards this goal. As I apply this energy others in spirit SEE me and apply their souls as well.

All souls are infinitely equal.  YOU need only to KNOW  and apply this wisdom to be free forevermore from malevolent ghosts, shadow people & the astral entities who prey upon the minds of our weakest and most corrupted Human brothers & sisters. I have been actively removing malevolent spirits from homes and inside the bodies of possessed people since 1981. For over 25 years initially I helped lost spirits and I HAVE LEARNED by practice & observation. Then in February of 2008 I had enough of the material world and turned my psychic eyes around to force my way into the very same light where I guided ghosts and even the spirit of my own father who died in 1995. Then and perhaps only until then did I cease to believe the false paradigm of the elite families and the very same demigods, deities and demonic types of entities who have been tricking our people into accepting reincarnation and control of their spirits by low vibrational entities who seek only to dominate and control us as well as the solar system we rightly own as SOULS abiding here.
In 2008 a new paradigm became my focus when ANOTHER GROUP of spirits or ENERGY PEOPLE introduced themselves to me from an Interdimensional or soul vibrational vehicle of consciousness. Essentially at this time I learned that I'd been helping the enemies of Humanity for twenty-five years of guiding spirits who were avoiding this false light. I'd learned finally then that there is ANOTHER AGENDA to continuously trick gullible and unaware Humans after they die to follow fake messengers of God  into a light where their ghosts are led away to animate new slave bodies here and upon other worlds within this material universe. From the very first day in February of 2008 until now I have observed these interdimensional people and I've learned how to become EMPOWERED and I AM NOW THE HUNTER who can help you and help our world remove these Archons, Reptilians or Djin from our world and the astral counterpart to this location in space and time. I've learned the most profound of all TRUTHS in these recent years and this is that there is a repeating pattern of universes like this one and YOU are manifested here, there and in every newly discovered universal sphere as these Energy People continue to explore inwardly and outwardly from the central point of the Multiverse or Source Light / Meeting Place where my particular soul came from to this world in 1961.
Helping me with donations will make this work global and assist my ongoing work to provide high-quality videos and more up-to-date content . I seek funding to purchase hardware and to support myself modestly while I DEDICATE MY TIME for the rest of this life towards helping others to help themselves. After I die when this body wears out in good time I WILL REMAIN HERE in the astral/material world to organize spirits of our people who resist the deceptions of our corrupted World Leaders and those weak and uncoordinated Archons or Gargoyle type entities who have been controlling souls here for these past many thousands of years since Homo Sapiens first appeared on Planet Earth.

$0 of $5,000 per month
Once I have my medical operation to remove an internal abcess I will no longer be able to perform one or two plumbing jobs a week to support myself. Since 1981 when I began reading auras and exploring the supernatural world I always believed PSYCHIC ABILIITES should be shared FREE and that somehow it cheapened my work. But that's the thing, it's still work I do and the usual time I spend on a case can stretch for years while I focus on a specific entity or astral location. The needs I have are simple as I truly like them to be. So money supporting my efforts and work will help replace my 10 year old laptop computer as well as provide the funds for the small number of monthly bills I need to pay in order to persist  upon this GREAT WORK. Once I'm self sufficient enough I'll be able to broadcast better content, provide a newsletter of global events and onwards with interviews and location visits. ... My DREAM or wish if it were to be made TRUE would be to travel to haunted sites and ancient locations around the planet in order to help other spirits and citizens of our material world to coexist in harmony. I would definitely remove any malevolent spirit from a location wherever I go as well; within a high success rate and a very low margin or error
1 of 1

Recent posts by James Harder Of Lillooet BC Canada