is creating works of literature and interactive letters 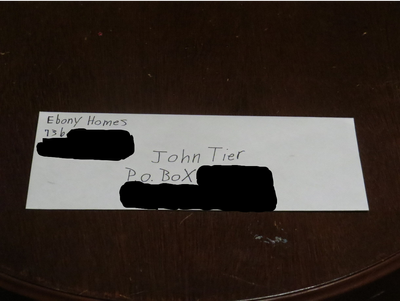 Become pen-pals with one or more of my characters in the stories i create and influence their thinking and actions.

Here's a quick example of what i'm doing:

First version of the story
Nikki looked out her window and saw Mindy standing in-front of her drive way with a small crowd of people their age. Nikki thought over what she should do. her eyes wondered around her room as she thought it over. Soon enough she made up her mind. She went out side and faced Mindy.

Second version
Nikki looked out her window and saw Mindy standing in-front of her drive way with a small crowd of people their age. Nikki thought over what she should do. her eyes wondered around her room and paused on a letter from one of her pen-pals. Her mother had handed to her yesterday, but she didn't read it because she was to busy talking trash over her phone to Mindy (and Mindy back to her). She walked over to her desk, picked up the envelope and took out the letter. It read:

(Whatever you the told her. For this example let's assume you wrote back to her telling her not to go out their- even though some of y'all would tell her other wise, i know).
After giving it some thought, Nikki decided to do as her pen-pal said and avoided Mindy by not going out side to face her even though she really wanted to show Mindy who was boss

Or maybe she did it anyway. She might not have taken your advise seriously. Anyway, in the stories i create and post here (And other places) you can send my characters letters which will influence the way they act to a certain situation. She or he will also send you a letter back like any other person (pen-pal) would.

Dark spirit (Still a work in progress)
A girl with the power to see others spiritual energy meets an older girl who's energy is dark.  This causes our heroine to think that the other girl has a demon inside of her. Avoiding the girl would be a great option if it wasn't that her brother has taken a liking towards the girl. Her only option now is to expel the demon from the girl in order to save her brother.

How Are you as a patron charged?

You will be charged monthly

Thank you for the support