$1
per month
Join
The base pledge of support. Nets you access to work in progress pieces, special role in the discord server, and a few behind the scenes things.
Includes Discord benefits

$5
per month
Join
Get access to special monthly polls that help shape the path of the story.
Includes Discord benefits

$15
per month
Join
Recruit and Private tiers, plus the opportunity to name a character in the colony corps setting. A doomed trooper? A colonist hard on their luck trying to get by? Scientists? Aliens? You name it. We can work together to get this person in the universe.
Includes Discord benefits

Help Private M. Carver navigate the soapy underbelly of space marine-ing, protect humanity and its colonies on distant worlds, and solve the mystery of the Planet Midsommer.

I've been wanting to make a comic for the past several years now, but additionally, I've been wanting to make it in collaboration with the readers. The genesis of the idea came from an animation project that then blossomed into more and more of a setting I wanted to set a forum game in. But as it kept growing and growing, it became its own story, and in the style of interactive quests, like Prequel Adventure and Awful Hospital, I've decided to hand control of the title character to the readers.

The story has been going on for a while. Recovering from an orbital deployment gone horrendously and confusingly wrong. Carver has made his first tenative steps into the wilds of the Midsommer colony world. 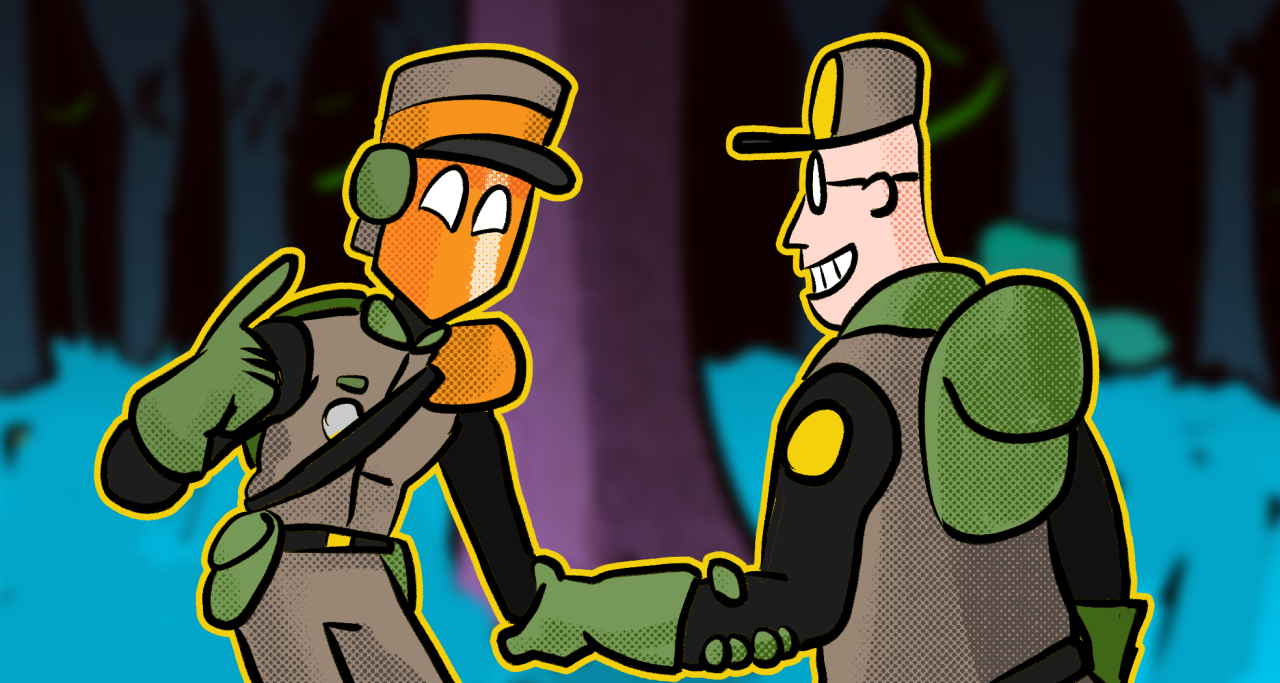 We've made a friend (possibly two).

And confronted some of the strange creatures that populate the world. (Thanks to a few friends and readers.

The story has been going on for a couple years now. With progress helped and hindered by real life. But I don't plan on stopping any time soon. Barring horrendous bodily harm.

Whatever happens I hope you can hop along for a ride. (Mind you this doesn't have seatbelts, or even doors.)

$28.17 of $70 per month
Twice Weekly Updates
When the comic started up I planned on doing twice weekly updates. With the changing circumstances with my job it was dialed back to once a week for the sake of sanity. That said, I hope to work back up to that.
1 of 2