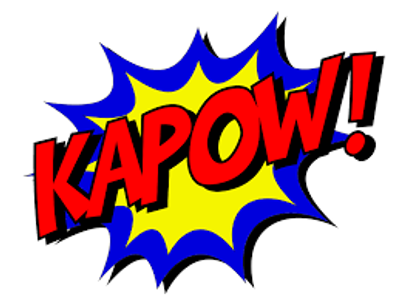 The Superhero Tier entitles you to two installments of Apotheos per month!  Released on the first and third Saturday of every month!

These aren't your "Friendly-Neighborhood" variety of superheroes.

In a world wracked by cataclysm, left in ruin and steeped in death, a dark empress has arisen to rule over the rubble with hordes of undead monstrosities known as the Dread.  The only hope for this dying world is an ensemble of unique individuals with tragic histories and strange abilities.  Hope is in staggeringly short supply as they struggle to survive and uncover the mystery behind their supernatural powers.

As the Dread Queen, "Deathwake" consolidates her forces in a bid to become the ultimate power in the universe, the tiny survivor's colony of Wells stands as the last bastion of salvation against humanity's impending doom.

Told from the first-person perspective of a variety of characters pulled from a large, down-to-earth cast, Apotheos is styled as a collection of serial comic books in literary form.  New stories are scheduled for release every-other Saturday for all Patreon Subscribers, but be sure to check posts frequently for freebies, synopses, excerpts, and more!

0% complete
If I reach $750 per month in subscriptions, I will begin to releasing three Apotheos stories per month rather than two!
1 of 2