Stardust
$5
per month
Join
Our entry level to patreon access to V's blog. Access to our blog is always free, this shows your extra support and will get you early access to the full-patreon only content later on. Apart from notes on language and motor skills, sond-feeding, blood transfusions, desferal treatment we'll have lots of positive articles on great little adventures in and around Dalarna in Sweden and across Scandinavia.
Diamond
Limited (99 remaining) 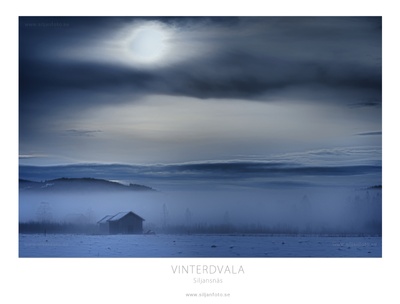 $39
per month
Join
Besides being busy parents, we're also photographers. We live in a very scenic part of  Sweden, and thought we could offer some high quality landscape photo prints suitable for framing and decoration as a thank you/reward for super-lovely patreons. Format is approx. 30 by 45cm or 45 by 60cm, and there is a selection of images available (please see website for details), both in colour and black and white. In this tier we will send you one image out of the available selection twice a year if you provide your shipping address.

Hello! We are J&N, and we share our son Viktor's - often just named V in our blog :-)  - journey and adventures on our blog. We hope to raise awareness for his medical condition Diamond Blackfan Anemia, but also to inspire other parents with kids having "long-term illnesses" or premature born children to embrace the challenges and make every day as good as it can be. A potentially life-threatening condition requiring frequent hospital visits and blood transfusions and lots of tests doesn't mean you can't enjoy a great life together. Despite having been dealt some tough cards early in life, V shares a true joy for life and loves exploring wild creatures, lego robots, outdoor adventures and lots of fun in the snow. By sharing information about DBA through Viktor's own tests and treatments, as well as interesting medical breakthroughs related to this and similar conditions, we hope to help other parents facing similar medical procedures and motivate doctors and researchers to share their findings.

About Viktor: Born almost two months early, weighing 1165 grams, and having a genetic blood disorder named Diamond-Blackfan Anemia (DBA) means he can not produce his own red blood cells in his bone marrow. He therefore requires regular blood transfusions about every three weeks.

At 3.5 years, he also had a near-fatal brain concussion one night, but thanks to the team of the ambulance service, ER team and doctors in Falu Lasarett, the Ambulance helicopter team and superb staff of the Akademiska Barn Intensiven (Children's ICU or BIVA in Swedish), anesthetics and surgical team in Uppsala, he made it through without lasting damage. We are even quite certain the whole incident triggered a real jump in his verbal skills, as he very shortly after started talking a lot better and clearer than before - whether it is possible some low-level pressure previously impacted his "speech center" we don't know, we simply observed a real progress very shortly after this hospitalisation. Despite the initial low odds before and at birth, he is developing strongly and shares his adventures with others to inspire and hopefully, one-day in the future, beat DBA for good with the help of converging technologies within areas such as CRISPR.

0% complete
When we reach this goal, we will do a special reunion-trip to Germany to see other families of premature born children who were in the premmie ward in Würzburg Hospital in May/June/August 2013.
1 of 2
How it works