is creating A virtual world 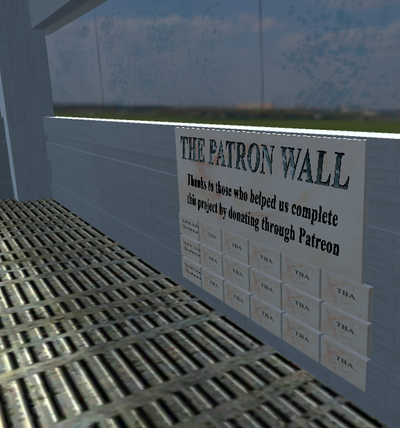 $10
per month
Join
This is the lowest tier and provides your name (or chosen nickname) as a brick in the Patron Wall in world.

Zenissia is a virtual world created for the modern world with the future in mind.

I retired from the IT trade and set about achieving a lifelong goal of authoring a number of books, mostly with a sci-fi basis. Many months of sitting hour after hour at a PC screen gives pause for thought and one day, while researching an idea (wasting time in a virtual world), I realised that virtual worlds like the one I was exploring, would be the future. I then realised how dangerous such places could be for the younger or more naive people of the world and yet how educational they could be if created differently. Putting my IT brain to the problem I came up with a way by which such a virtual world could be created with INTRINSIC safety and learning facility built-in from the outset. This would mean a virtual world (or worlds) where children could go during school times to learn about subjects as disparate as the Brazilian rainforest and the art of the Louvre and then with the same safety visit with friends and/or family in the evening.

Just to expand on the school use of Zenissia, imagine a class in the middle of rural Wales, all logging in to the same virtual world where they can see a lifelike representation of the Brazilian rainforest which they can walk around and explore. Every tree, plant or animal they encounter could be clicked on to find detailed information about that item displayed on the screen. Now, due to the nature of the internet, add the adjunct Professor of Botany from Some-such university, logging in to the same world and interacting with the children directly. Nobody will have had to FLY to Brazil (massively reduced carbon footprint and financial outlay) and yet the quality and level of education would be second to none.

This is the goal but the path to achieving it is long and arduous especially as it is currently limited to the skills and time of one individual - me. Visit the facebook page to get a better idea of the status of the project and some background on the steps involved in completing this project. Should finances allow, the team can easily be increased and the time to completion drastically reduced. If you have Unity programming skills or 3D modelling skills and are willing to join the project on the promise of future profit share, please get in touch.

$0 of $500 per month
When I reach $500 I will be able to get a UMA (Unity Avatar creation) specialist to help complete the Avatar management part of the Zenissia project. If I have already completed this prior to achieving this target I will use the funds to purchase 3D model clothing to add to the "basic" clothing provided at signup.
1 of 3